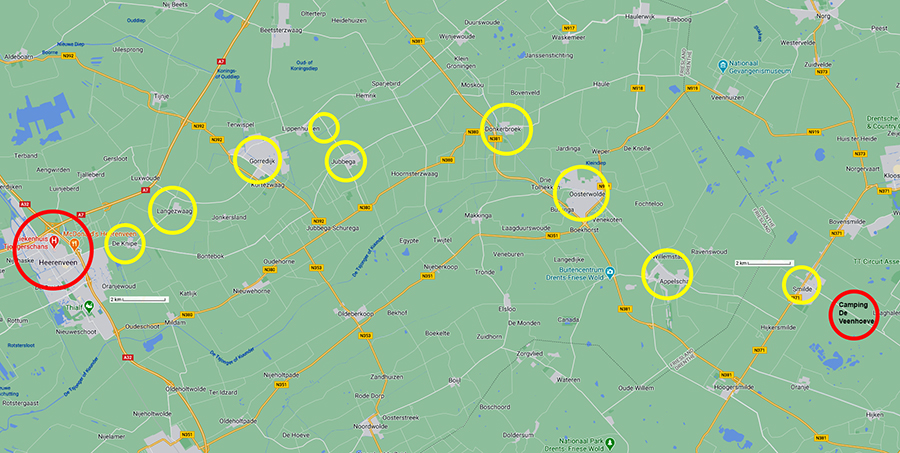 From Heerenveen to Smilde

Left early again after a few hassles checking out of the hotel and getting on the bikes. We cycled out of Heerenveen and headed for de Knipe then Langezwaag. By this stage I was looking for breakfast but we were told that cafes only open in the afternoon. We cycled to Gorredijk where we shopped at the supermarket - you have to really plan ahead.

On the way out of town I spied a bench seat so we stopped and boiled up the billy and ate some fabulous crusty bread rolls with ham and cheese. This is a very scenic part of country. The cycle path tends to follow canals. From Gorredijk we continued east to Jubbega then Donkerbroek. Boats passed in the canals and there seems to be all manner of bridge openings to let them through. 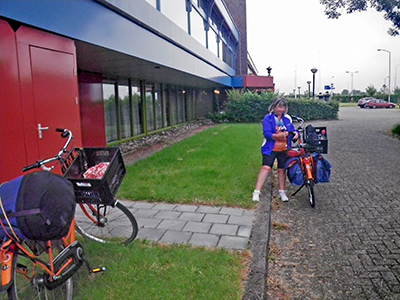 We had trouble accessing the locker in which our bikes were stored, but eventually it was sorted and we got ready to go. 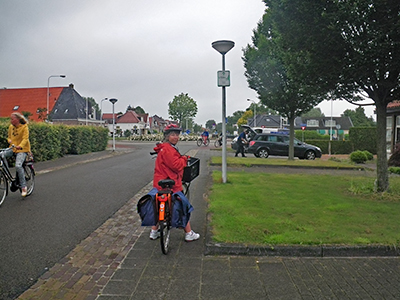 Since we now had the proper cycleway maps, we could follow the long distance route LF20a easily. Note that most of the cycle routes are now changed in the Netherlands, and this route is probably called something else now. 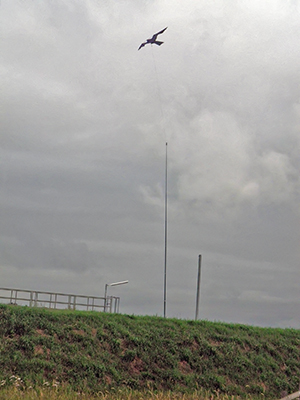 The owner of this field had gone to a lot of trouble and expense to put up this well made very tall and thin pole, with an eagle/raptor kite attached.

It seemed to fly well, but I am not sure of its efficacy in keeping birds away from crops. Harris and Davis state at https://nimby.ca/PDFs/TP13029B.pdf that kites of this nature are of very temporary usefulness, the birds soon realise that the kite is not a real raptor, and in any case the kites do not last long.

We saw a young man sweeping up the algae in a canal and dumping it on the side - good compost. At Oosterwolde we had a late lunch of Tostis (toasted ham and cheese sandwiches) and I bought some more cream for my bottom and the next cycling map. We then continued on to Appelscha and then towards Assen. 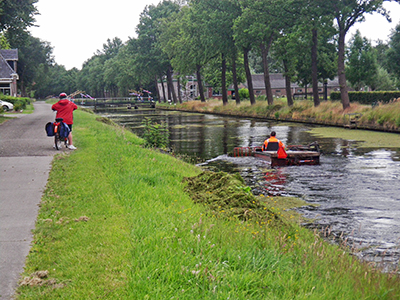 Some canals have a current flowing through them which keeps them clear, but many if not most do not. This means that the combination of water and sunlight allows algae and other waterplants to flourish, which eventually would lead to the choking of the canals with vegetation. Here is one solution - an algae collector on a large motorised raft which collects the vegetable matter, and dumps it on the shores of the canal.

In the distance can be seen a hand operated horizontally rotating pedestrian bridge, supported on a large pivot, which may be swung out of the way to allow a boat to pass through the canal. 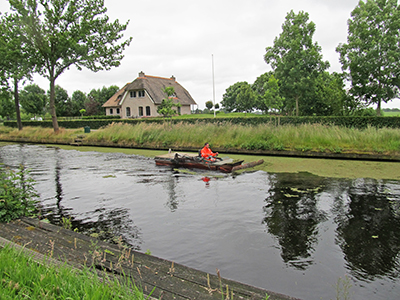 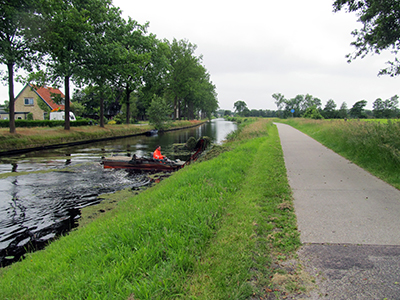 The surface 'dredge' worked quite efficiently. The dumped vegetable matter would be good compost! 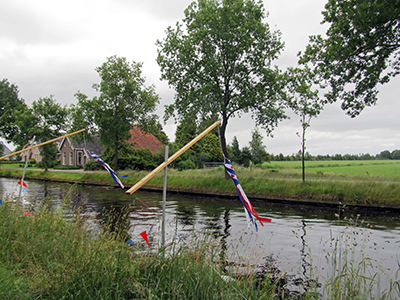 This bunting in the colours of the Dutch flag and the hearts were to celebrate the FIFA football world cup which took place in Brazil from 12 June to 13 July 2014. 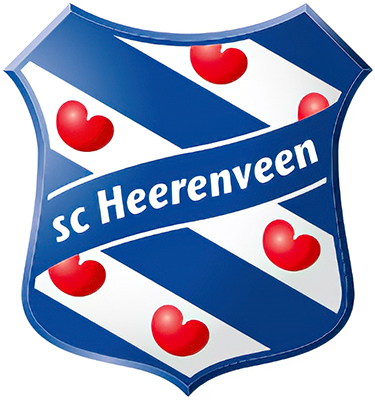 This is the shield of the Sportclub Heerenveen which plays in the top level of football in the Netherlands. Their colours and heart symbols were everywhere in this part of Holland. 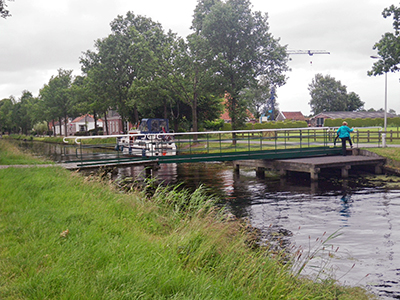 These horizontally pivoting pedestrian bridges can be operated by one person. The boat needing to pass pulls into the canal bank, a crew member gets off, opens the bridge, then swings it shut after the boat has passed through, and then reboards the boat. 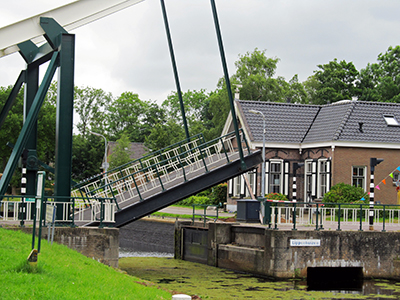 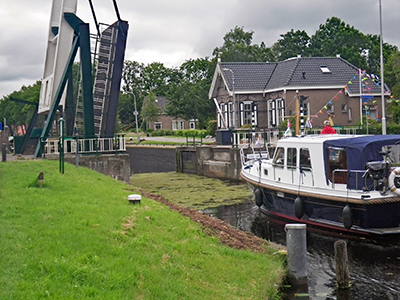 Bascule bridges such as the one we had seen at Scharsterrijnbrug the previous day have a massive counterweight, a bascule, hidden under the construction, then today we had seen a couple of small, identical hand operated rotating bridges, with no counterweight needed, and now we came across this bridge near Lippenhuizen, just outside Gorredijk, which has the counterweight above the bridge. This is necessary in this case because there is no room for a bascule in this situation.

There are also bridges which raise the bridge but do not use a counterweight at all, instead they use very strong hydraulic systems to raise and lower the bridge, in cases where for aesthetics or lack of room, a counterweight is not desired.

This bridge is opened when the skipper phones the bridge operator. 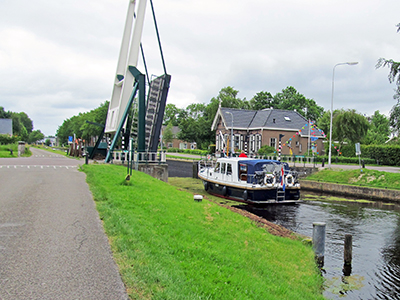 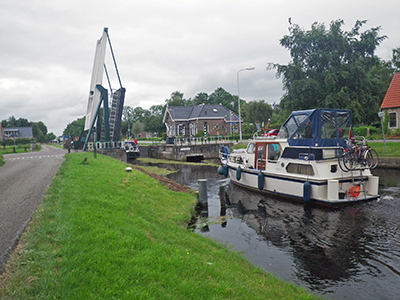 Moments after the first boat passed through, another came hot on its tail, the same one in fact that we had seen five minutes earlier using the rotating bridge in the image above.

We were obviously travelling just a little faster than the canal boats!

Travelling together like this is an efficient way to use the bridges. 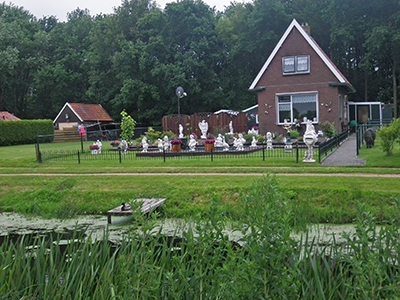 The cycleway then started following a non-navigable section of canal, though in front of this house there was a very small jetty into the canal, possibly for launching a kayak, with a mallard duck in residence.

This was a particularly elegant and minimal thatched roof design, with ceramic tiles along the ridge line and at the window for weather proofing at these vulnerable points.

Because the canal was not suitable for navigation, it was possible to have permanent crossings, over drainage pipes, for pedestrian access, without the need for moveable bridges. 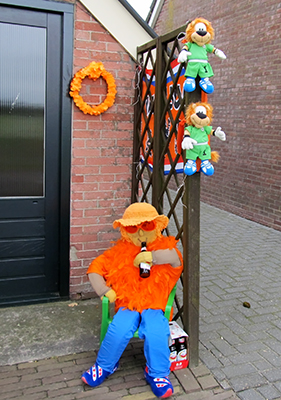 This whimsical display was no doubt in celebration of the Dutch efforts at the FIFA football world cup of 2014. 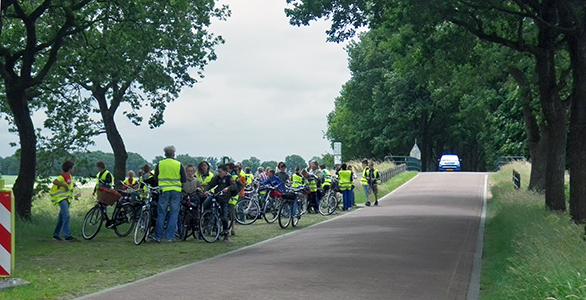 The cycling network of the Netherlands is ideal for school excursions. 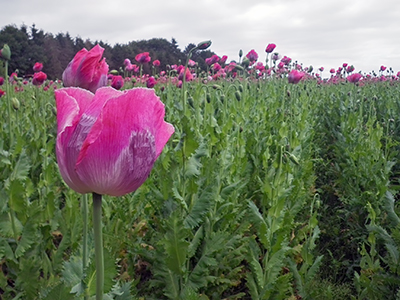 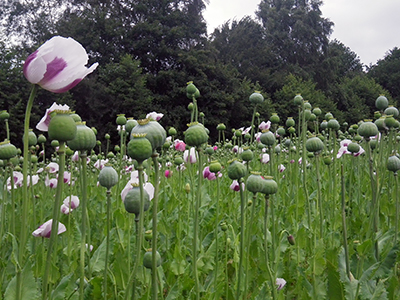 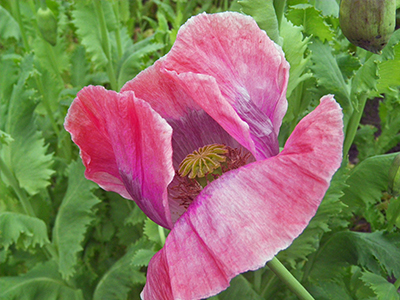 These appeared to be opium poppies, Papaver somniferum in an open field beside the cycleway. They are grown for poppy seeds and oil. 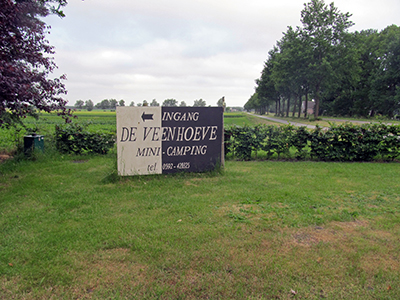 We were glad to get to the camping grounds, and they were clearly marked. 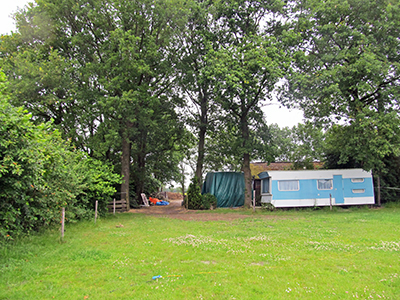 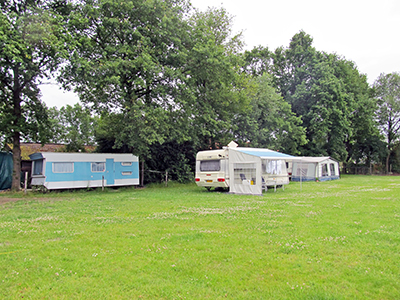 It was a basic but quite adequate camp in the grassy field behind a farmhouse, Camping De Veenhoeve, which is just past Smilde.

I'd written down the names of the camping places last night so we decided to stop at the camping area near Smilde.

The mini camping area is really a big lawn behind a farmhouse. It has a shower, toilet and even a plastic table and chairs for €10 at the time we were there. We settled down for the night. It had been a cool day with morning showers. 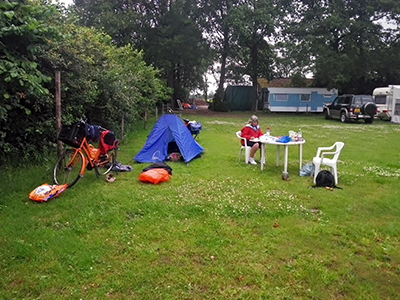 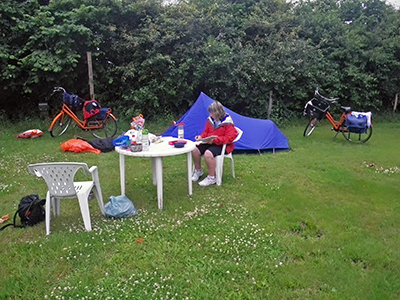 Maria religiously kept track of our travels each day in her notebook, which was invaluable in piecing together the journey, and making sense of the photographs.