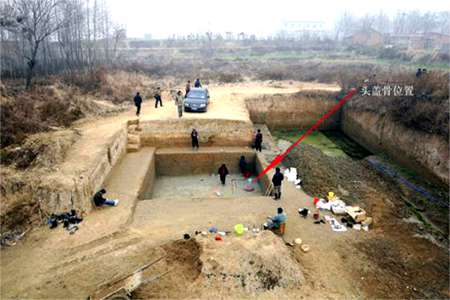 The site where the skull was discovered. 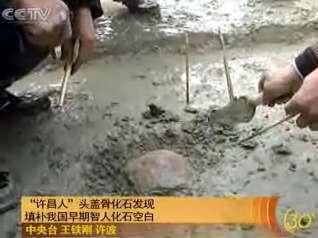 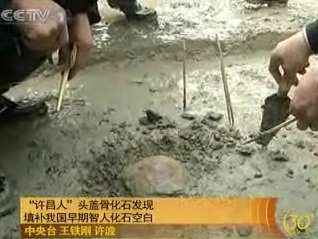 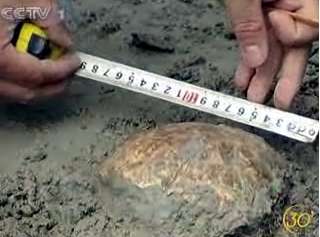 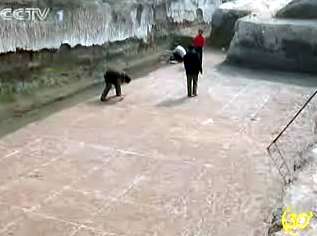 The skull was found after two years of excavations in Xuchang and may be 100 000 years old. "The discovery of the skull fossil has filled the gap between the period of the Ape Man and Homo Sapiens" - Li Zhanyang 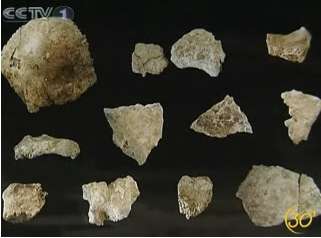 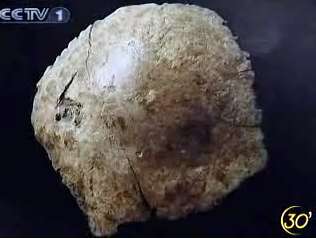 There are 16 fragments which piece together to form an almost complete skull with protruding eyebrows and a small forehead. 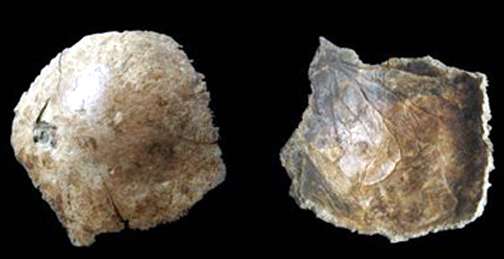 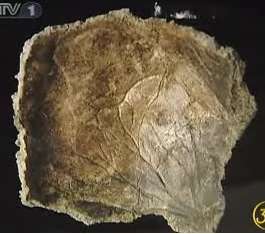 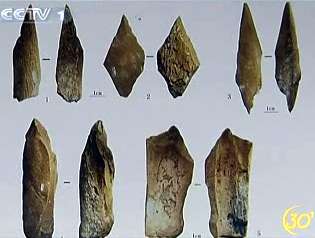 In the same dig, more than 30 000 animal fossils have been found, along with stone and bone artefacts.

The centre shot shows what appears to be the inner fossilised membrane of the brain.

The team believe there are more treasures to be found on the site.

Fossilised skull may end row over origin of 1.3bn Chinese 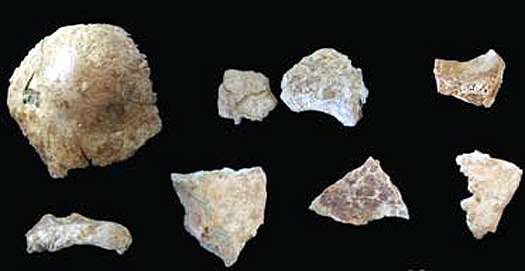 Some of the pieces of the ancient human skull unearthed in central China’s Henan province.

Chinese archaeologists are hailing their biggest discovery in almost 80 years after unearthing a skull that could provide a clue to the origins of a fifth of the world's population. The fossilised skull, named Xuchang Man after the city where it was found, is thought to date back 80 000 to 100 000 years, to a period that has long been a mystery to scientists.

It contains a rare fossilised membrane that archaeologists hope will reveal important details about the nervous system of the ancients and settle a contentious academic debate about whether most of China's 1.3 billion people are mainly indigenous, descended from African migrants or intermixed.

The almost complete skull, which comprises 16 fragments, was found in the central province of Henan last month. It has protruding eyebrows and a small forehead.

Government officials said the importance of the find was second only to that of Peking Man in 1929, when archaeologists discovered five almost complete skulls and other bones believed to date back 250 000 to 500 000 years.

"It is the greatest discovery in China after the Peking Man and Upper Cave Man skull fossils that were found in Beijing early last century and will shed light on a critical period of human evolution," Shan Jixiang, director of China's cultural heritage administration, was quoted as saying by the China Daily.

The site had been of interest since the mid-1960s, when villagers found ancient tools while they were digging a well. But it was only two years ago, after the spring dried up, that the Henan cultural relics and archaeology research institute began excavating the area. The 17-member team has also found thousands of animal fossils and other artefacts.

The skull was unearthed at a depth of five metres just as the last two archaeologists on the site were preparing to head home for the lunar new year holiday.

"When we started digging, we expected to find something important, but not this important," Li Zhanyang, who led the excavation, told the Guardian. "We were thrilled, but also felt a lot of pressure."

The skull could fill a huge gap in the knowledge of human evolution, he said. Most palaeoanthropologists believe all modern Homo sapiens are descended primarily from people who came out of Africa up to about 60 000 years ago. Another view is that there was significant interbreeding in Europe and elsewhere with Neanderthals. Some Chinese scientists make a stronger link with Peking man, saying there is more regional continuity than western scientists believe.

The skull fragments are now at the China Academy Of Sciences in Beijing, where they will be reconstructed and analysed. If there is any residual organic material, DNA analysis may be possible.

Foreign scientists say the potential of the find is enormous.

"This is a crucial period in human evolutionary history, but we know almost nothing about it. Anything coming from that period is of great interest to the outside world," said Dennis Etler, a palaeoanthropologist at Cabrillo College, California. "This sounds like a breakthrough."

Li and his team hope to excavate further at the site in the hope of finding evidence of how ancient Asians used fire and built dwellings. They have found fragments of charred animal bones, which has led them to believe that China's ancestors cooked meat at an early stage.