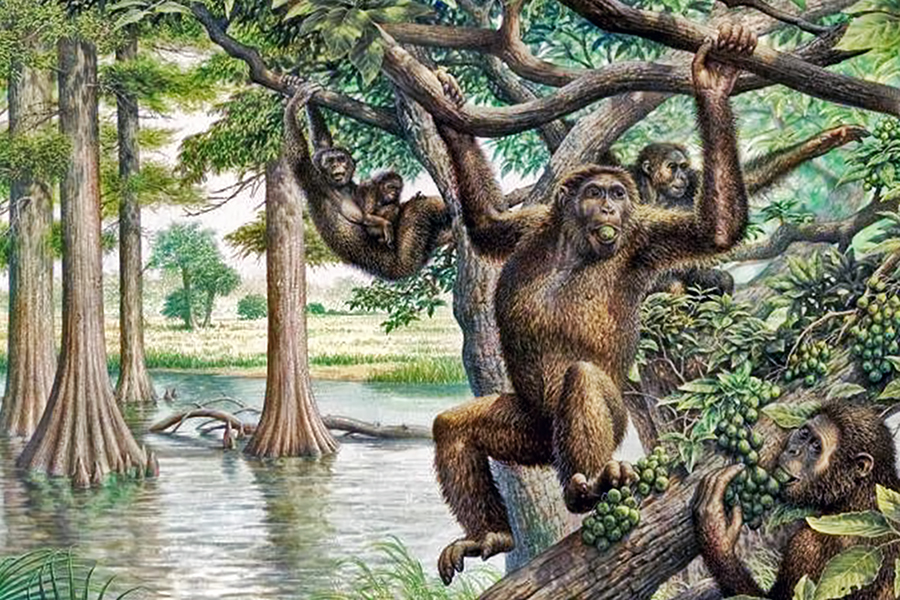 The long forelimbs are indicative of tree-dwelling. 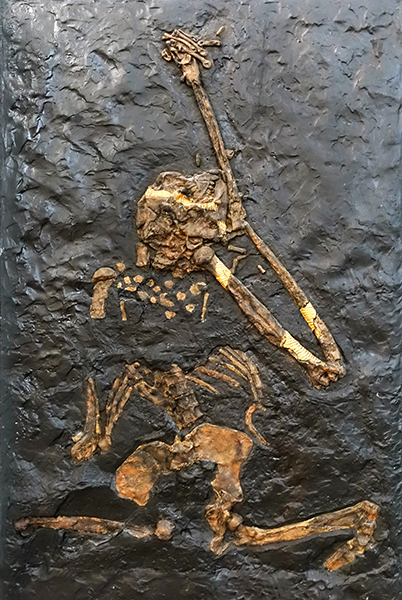 It is now believed that the 'Swamp Ape' walked on all fours rather than having a bipedal stance. When Oreopithecus bambolii was alive, Italy formed a string of islands that were covered with swampy forests and teeming with crocodilians, where Tuscany and Sardinia are now.

The ape went extinct after a land bridge connected their island to the mainland, allowing large saber-toothed cats and other predators to stalk the island.

This extremely flattened, fossilised skeleton of an ancient ape was found embedded in a slab of coal.

Montebamboli is a hamlet and locality in the commune of Massa Marittima, Tuscany, Italy.

Montebamboli is also known for its high-quality lignite coal, located along the river Riotorto.

A number of fossil species have been discovered in the lignite beds around Montebamboli, including the first fossils of the hominid species Oreopithecus bambolii, and the unusual waterfowl species Bambolinetta lignitifila, both of these species named after the settlement. 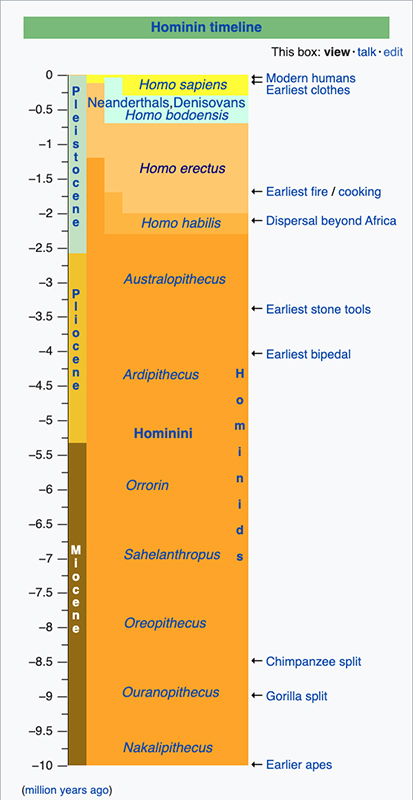 Oreopithecus bambolii on a hominid timeline, predating Sahelanthropus by approximately one million years.