Hominin sites in Europe and nearby regions

The most commonly used recent definitions are:

Hominid – the group consisting of all modern and extinct Great Apes (that is, modern humans, chimpanzees, gorillas and orang-utans plus all their immediate ancestors).

Hominin – the group consisting of modern humans, extinct human species and all our immediate ancestors (including members of the genera Homo, Australopithecus, Paranthropus and Ardipithecus). 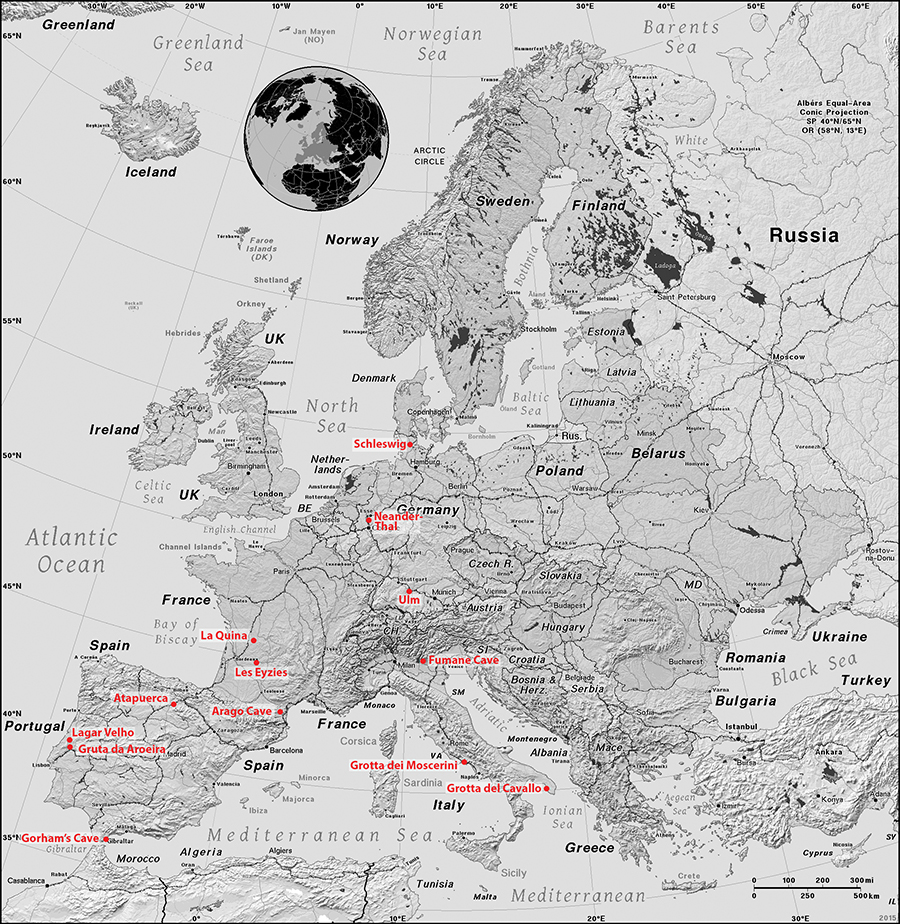 Map of important Hominin sites in Europe and nearby regions.

Click on the map to obtain the high resolution version.

This work has been released into the public domain
Additional text in red: Don Hitchcock