Aerial view of the cliff of the caves of Saint-Front


A little over a kilometre upstream from the town of Domme, on the left bank of the Dordogne valley, are the caves of Saint-Front, above the locality of the same name. The limestone cliffs that overlook this hamlet are around a hundred meters high and shelter numerous cavities, dug at the expense of a series of subparallel tectonic accidents. Several have been decorated with engravings or sculptures, including the Great Cave of Saint-Front or Mammoth Cave. 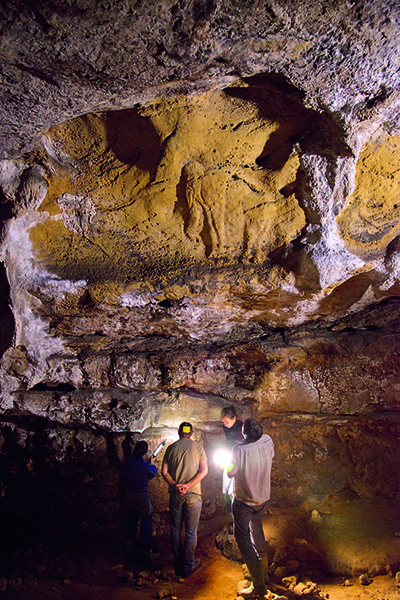 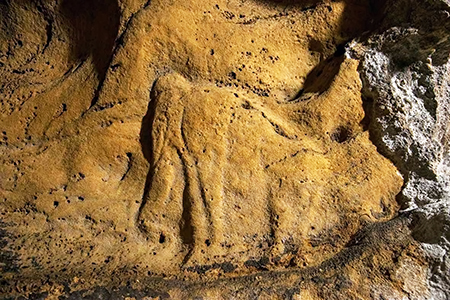 ( This is a real tour de force. I have no idea how they got up in the vault of the cave to do that, it must have been a huge job, dangerous and difficult to do, with serious scaffolding. - Don )

It is one metre long and 1.25 metres high and is carved in left profile. The skull is high and narrow, the four legs are like columns, the trunk is thick and the tusk is barely indicated. The artist combined bas-relief, champlevé and engraving to depict the unmistakable silhouette of a mammoth.


The monumental work thus summarily described is located a few metres from the entrance to the Grande Grotte de Saint-Front in Domme (Dordogne). Monumental, certainly, but exceptional! Because of the technique used, its size, and its position high up on the wall, it is a remarkable image, but it is difficult to compare it with other mammoth figures in Palaeolithic cave art. 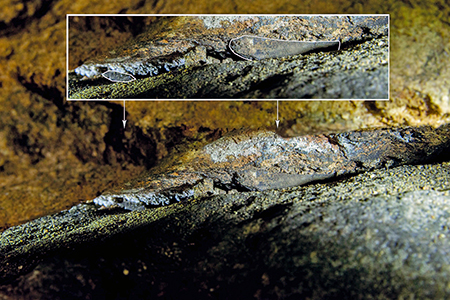 Lithic objects stuck in a crack, central sector of the cavity, right wall.

(  As always, click on the small image to see the full size version - Don ) 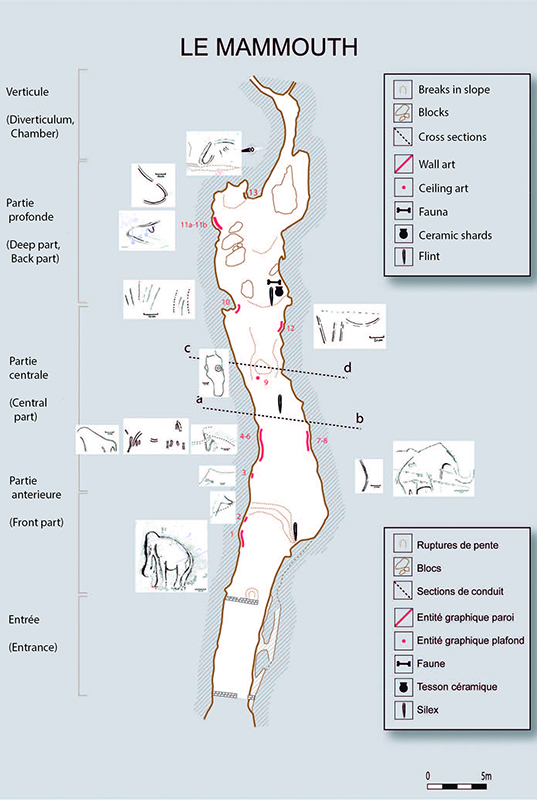 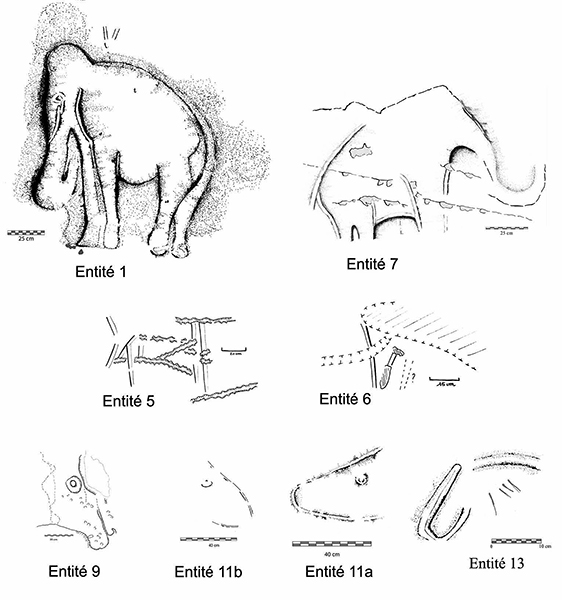 Drawings of the main graphic entities of the cave of Saint-Front, Le Mammouth cave.

Back to the Cave paintings, engravings and sculptures index page