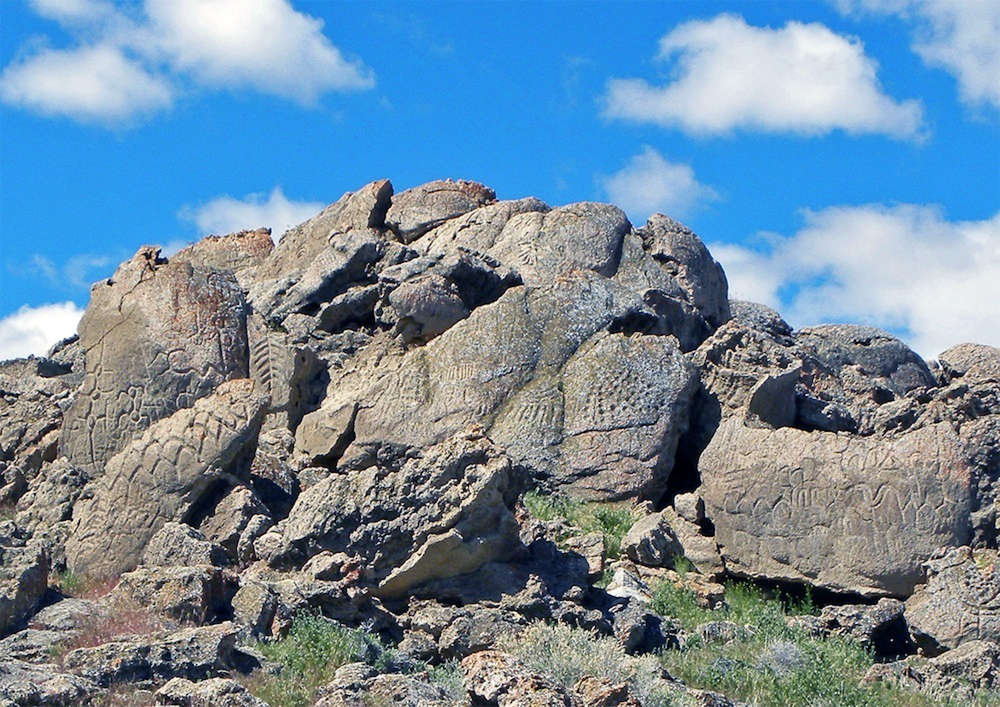 Researchers found that these petroglyphs discovered in western Nevada are at least 10 500 years old, making them the oldest rock art ever dated in North America. This is Petroglyph site WDL12 (archaeological site 26Wa3329) on the west side of the Winnemucca Lake sub-basin. 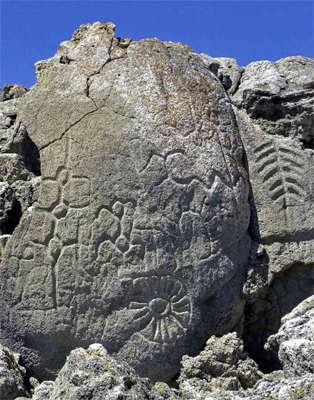 On the west side of Nevada's dried-up Winnemucca Lake, there are several limestone boulders with deep, ancient carvings; some resemble trees and leaves, whereas others are more abstract designs that look like ovals or diamonds in a chain. The true age of this rock art had not been known, but a new analysis suggests these petroglyphs are the oldest North America, dating back to between 10 500 and 14 800 years ago.

Though Winnemucca Lake is now barren, at other times in the past it was so full of water the lake would have submerged the rocks where the petroglyphs were found and spilled its excess contents over Emerson Pass to the north.

To determine the age of the rock art, researchers had to figure out when the boulders were above the water line. The overflowing lake left telltale crusts of carbonate on these rocks, according to study researcher Larry Benson of the University of Colorado Boulder. Radiocarbon tests revealed that the carbonate film underlying the petroglyphs dated back roughly 14 800 years ago, while a later layer of carbonate coating the rock art dated to about 11 000 years ago. 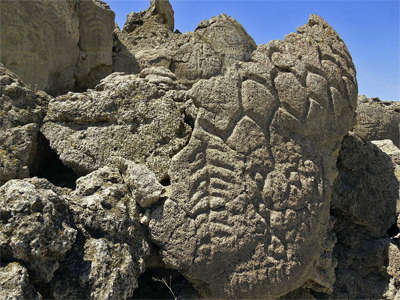 Those findings, along with an analysis of sediment core sampled nearby, suggest the petroglyph-decorated rocks were exposed first between 14 800 and 13 200 years ago and again between about 11 300 and 10 500 years ago. 'Prior to our study, archaeologists had suggested these petroglyphs were extremely old,' Benson said in a statement. 'Whether they turn out to be as old as 14 800 years ago or as recent as 10,500 years ago, they are still the oldest petroglyphs that have been dated in North America.' 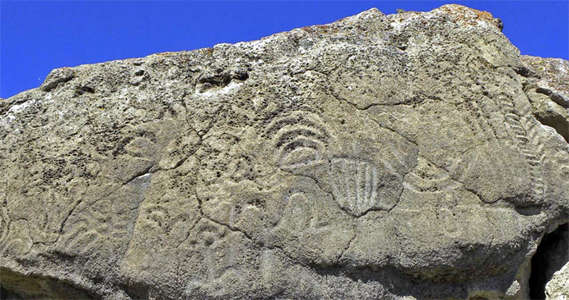 Researchers previously believed the oldest rock art in North America could be found at Long Lake, Oregon, in carvings that were created at least 6 700 years ago, before being covered in ash from the Mount Mazama volcanic eruption. The deeply carved lines and grooves in geometric motifs in the petroglyphs at Winnemucca Lake share similarities with their cousins in Oregon.

As for what the petroglyphs represented to their Native American creators, researchers are still scratching their heads. "We have no idea what they mean," Benson said. 'But I think they are absolutely beautiful symbols. Some look like multiple connected sets of diamonds, and some look like trees, or veins in a leaf. There are few petroglyphs in the American Southwest that are as deeply carved as these, and few that have the same sense of size.' 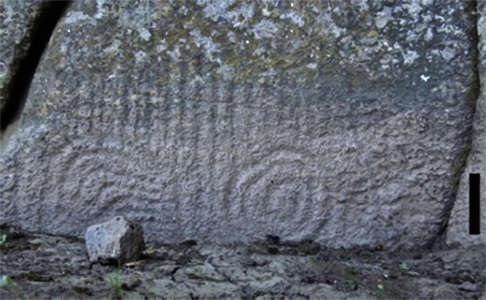 These were previously thought to be the oldest petroglyphs in North America, dated at  > 6 700 BP.

The petroglyph panel shown here is at Long Lake, Oregon, with deeply incised carvings in basalt. Mount Mazama tephra originally covered the lighter area on the base of the panel. Black vertical bar = 15 cm. 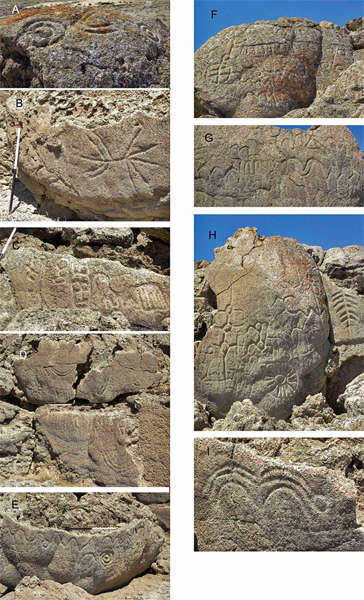 Close-ups of the Winnemucca Lake petroglyphs 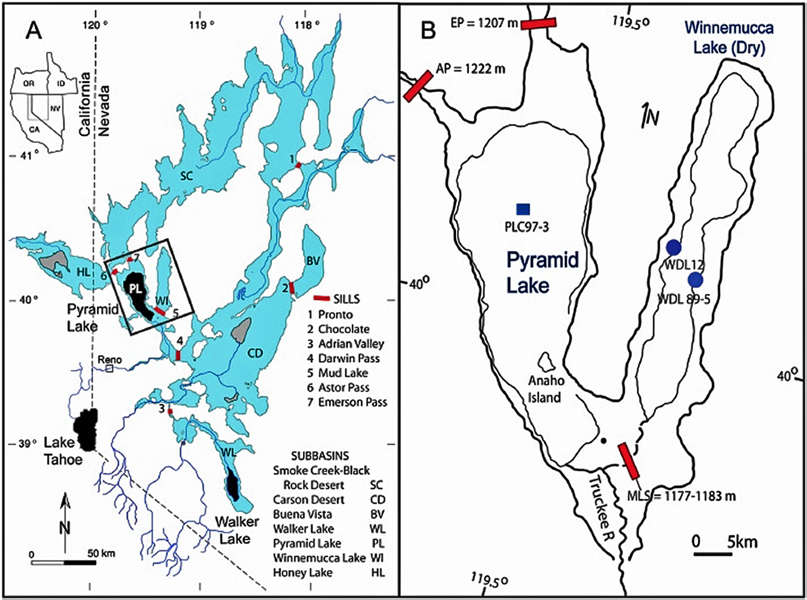 Maps of the region.