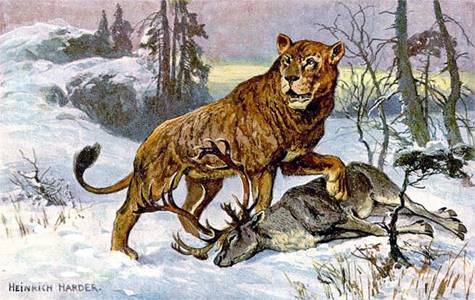 
The Cave Lion was about 10% bigger than the African lion. The cave lion is known from Paleolithic cave paintings, ivory carvings, and clay figurines. These representations indicate that cave lions had rounded, protruding ears, tufted tails, possibly faint tiger-like stripes, and that at least some had a "ruff" or primitive mane around their neck, indicating males.

The cave lion received its common name because large quantities of its remains are found in caves, but it is doubtful whether they lived in them. They probably preferred conifer forests and grasslands, where medium-sized to large herbivores occurred. Fossil footprints of lions, which were found together with those of reindeer, demonstrate that lions once occurred even in subpolar climates. The presence of fully articulated adult cave lion skeletons, deep in cave bear dens, indicates that lions may have occasionally entered dens to prey on hibernating cave bears, with some dying in the attempt.

These active carnivores probably preyed upon the large herbivorous animals of their time, including horses, deer, reindeer, bison and even injured old or young mammoths. Some paintings of them in caves show several hunting together, which suggests the hunting strategy of contemporary lionesses.

Its extinction may have been related to the Quaternary extinction event, which wiped out most of the megafauna prey in those regions.Cave paintings and remains found in the refuse piles of ancient camp sites indicate that they were hunted by early humans, which also may have contributed to their demise. 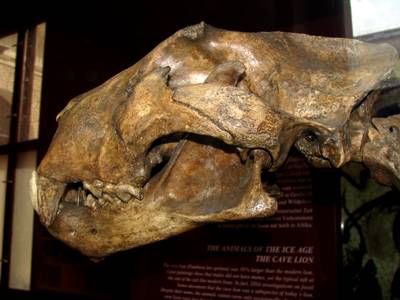 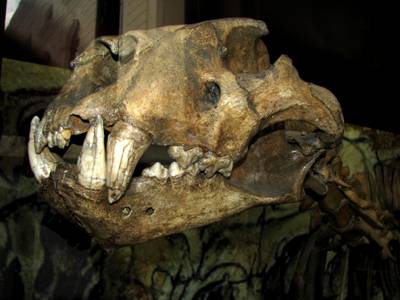 The teeth were adapted for the final kill of prey, by a powerful bite at the back of the neck, or at the throat, or even in the chest. 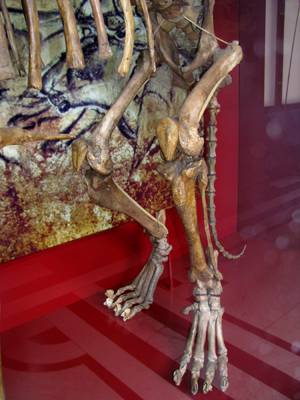 The legs were very powerful, and although not able to match the speed of its prey over a long distance, the animal was capable of short bursts of fast acceleration. 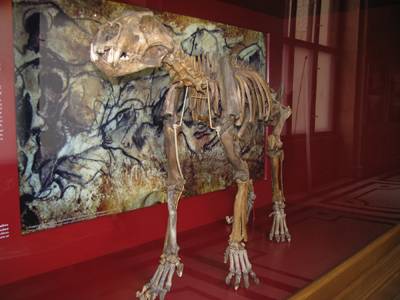 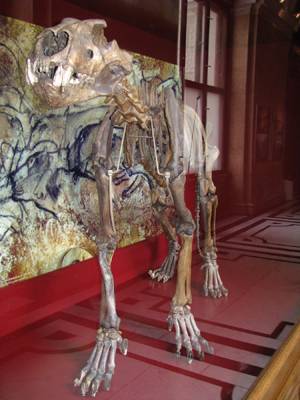 These active carnivores probably preyed upon the large herbivorous animals of their time, including horses, deer, reindeer, bison and even injured old or young mammoths. Some paintings of them in caves show several hunting together, which suggests the hunting strategy of contemporary lionesses.

Small prey was usually brought down with a blow of the front paw and then held down with both front feet. 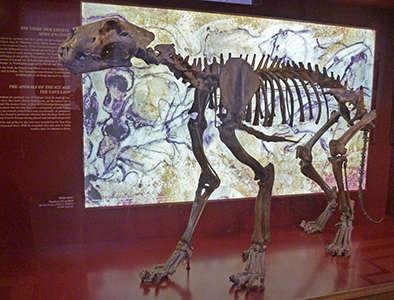 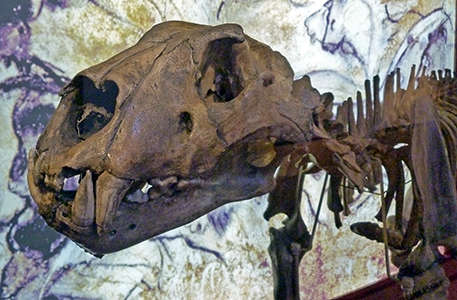 Another version of the cave lion skeleton on display at the Museum of Natural History, Vienna. 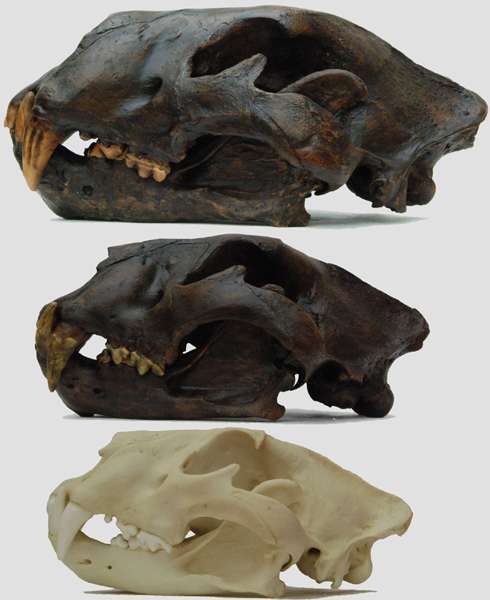 The American Lion was the largest subspecies of lion that ever existed. It was comparable in size to its Pleistocene relative the Cave Lion, but about 25% larger than a modern African lion. It was among the largest predators of its time, yet did not outweigh its fiercest competitor for prey, the Giant Short Faced Bear.

It was longer than any felines overall and heavier than any modern feline, however but it was not as heavily built as the saber-toothed cat Smilodon Californicus which may have weighed up to 790 – 1,000 lbs, or 360 - 450 kilograms.

Approximately one hundred specimens of American lions have been recovered from the La Brea Tar Pits, in Los Angeles, so their body structure is well known.

The features and teeth of the extinct American lion strongly resemble modern lions, but they were considerably larger. 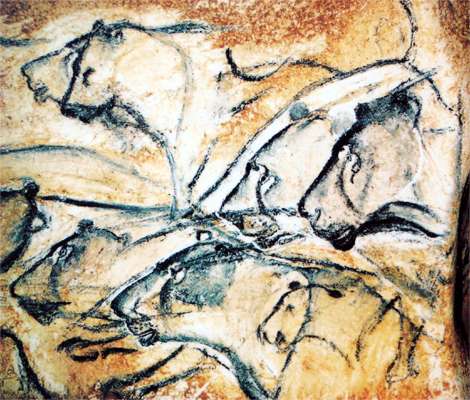 Lions painted in the Chauvet Cave. The absence of the mane sometimes leads to these paintings being described as portraits of lionesses.

Permission: Released into the public domain. 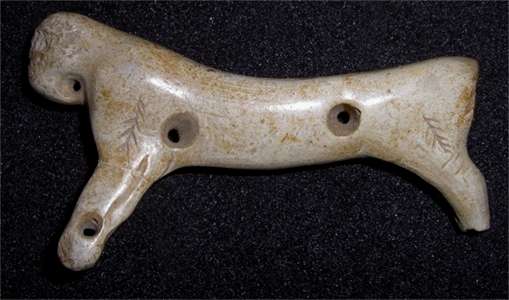 A cave lion carved in reindeer antler, from Isturitz, Basses Pyrenees. The holes and the arrows carved in this beautifully polished sculpture have been interpreted as magical symbols.

The Lion Lady from Hohlenstein-Stadel has a height of 28 cm and is about 6 cm in diameter. Made of mammoth ivory, it was found in the cave of Hohlenstein-Stadel in the Valley of Lone, Baden-Wurttemberg (Germany), in 1931. It is dated as Aurignacian, in a 32 000 year old level. Although this is known in some places as the lion lady, it is by no means certain that it is female. It is known as both Die Lowenfrau and Der Lowenmensch.

The arms bear striations carved into the ivory. Years after the initial discovery the museum officials were presented with an ivory lion muzzle found in the cave. It was a perfect fit. Today it is pieced together from more than 200 tiny pieces. This 'venus' may be an attempt to capture the power of the lion.

The original lion lady/man is now in the Ulmer Museum (City Museum of Ulm), but many museums all over the world own a copy.

Photo: Gaura, 2007, via Wikimedia Commons. This image is in the public domain.