Back to Sites Index Page

The 200 engravings of the narrow Grotte de Gabillou , discovered in 1941, indicate a Magdalenian age. It is located in the valley of l'Isle, near Mussidan, France. The cave is in a sandy Maastrichtian limestone. Its northwestern end, once expanded by man and used as a storeroom, is obscured by a building. It was discovered in 1941 by M. Charmarty and M. Truffier.

Text above translated and adapted from: David et al. 1952 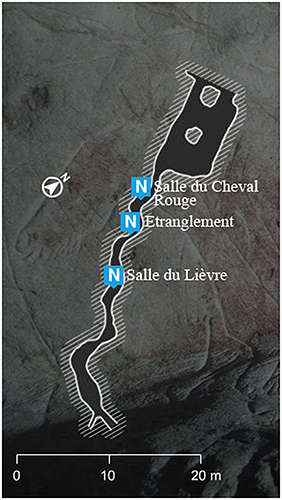 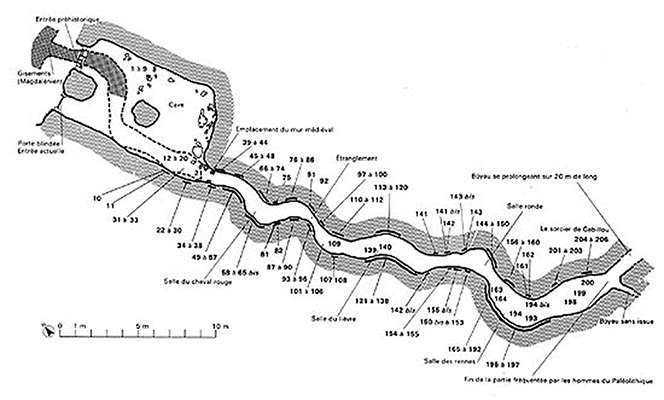 Plan of the Grotte de Gabillou. 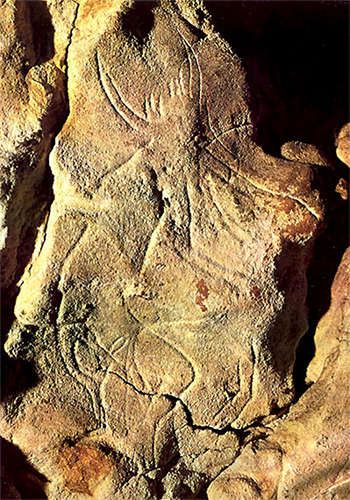 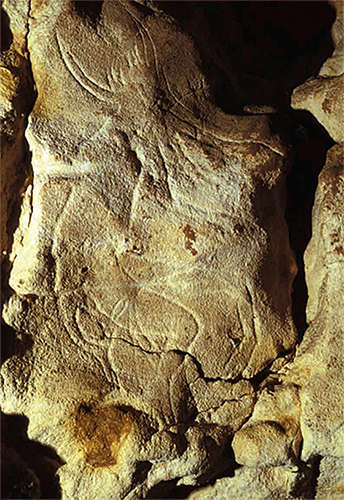 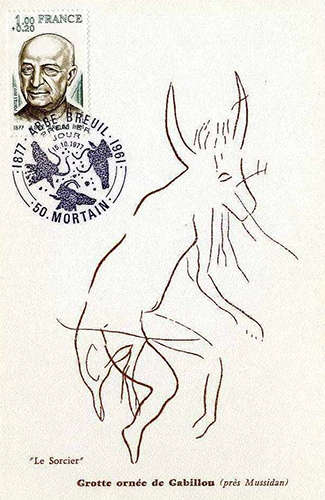 This is a horned and bearded figure, height ca 25 cm, length of panel including adjoining signs 27 cm.

Note that apart from the slimness of the torso, the only feature which defines this engraving as human is the way the back legs are bent, and the shape of the right leg and foot. 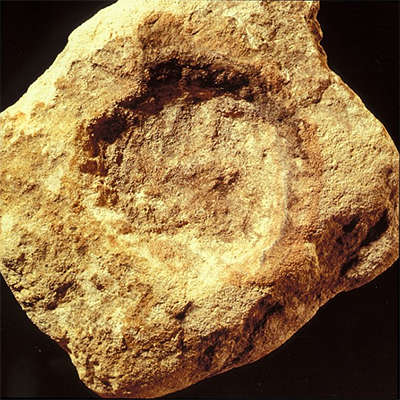 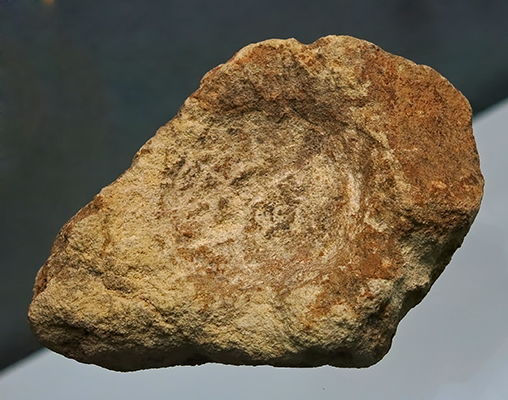 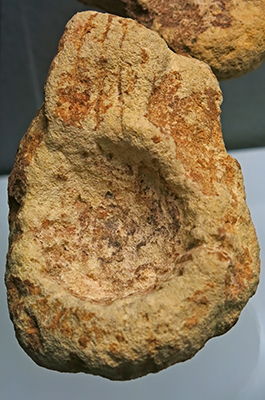 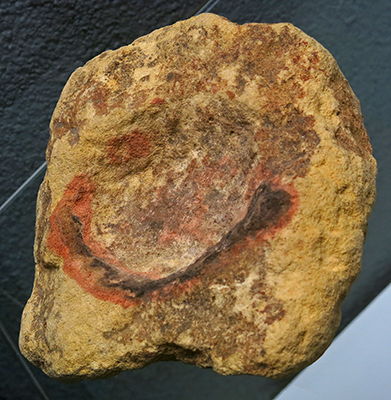 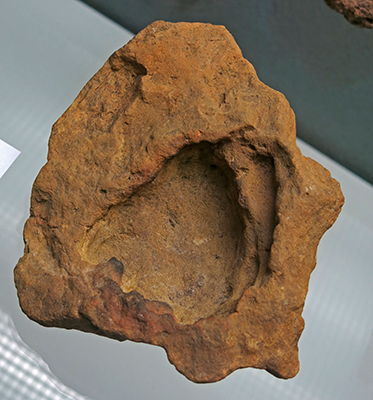 Although labelled in the museum as being from Grand Moulin, Lugasson, this is not the famous and well made lamp from there, and is instead from Gabillou. Note that Wikimedia Commons labels it as Lampe à graisse découverte à Mouthiers-sur-Boëme, which again is a mislabelling.

It turns out to be from Gabillou, as might be expected from its form and material, length 200 mm, width 170 mm, thickness 80 mm. 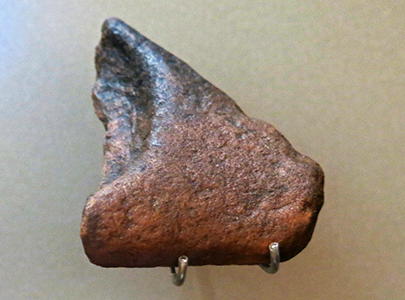 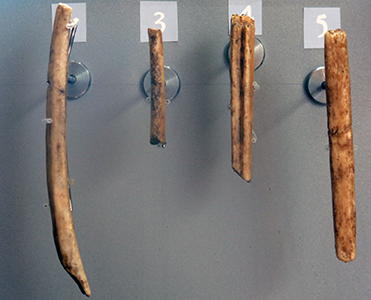 Spear points from Gabillou, some with longitudinal grooves.

Woman in the posture of giving birth. 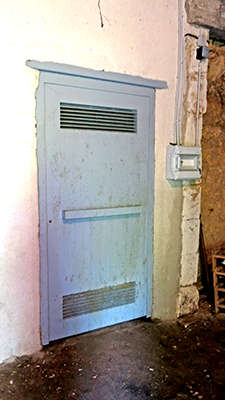 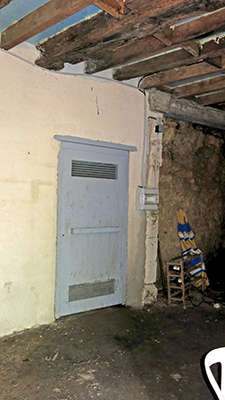 The door to the Grotte de Gabillou is not visible from the street, it is beneath a house.

Only two or three visits a year are permitted, by prior appointment with the owners by people with appropriate qualifications and research interests. 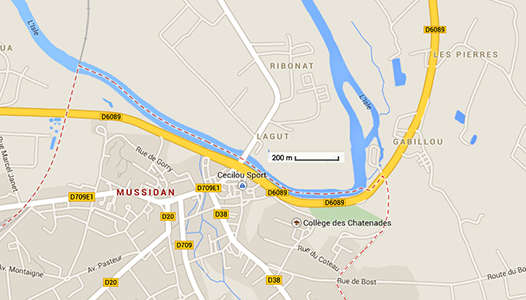 Gabillou is a little village about one kilometre to the east of Mussidan, near the L'isle river. 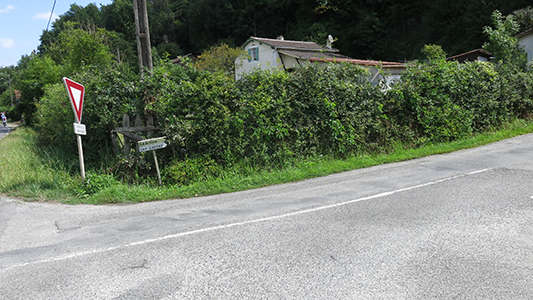 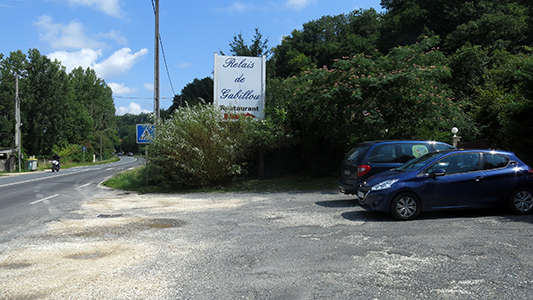 Near the site of the grotte, there is a restaurant (often called a Relais in this part of France), which is named after the village.

The noun Relais is derived from the old French relaier meaning a hotel that was used as a stop on long journeys, rather like the way that the English use the old word 'Inn' for a similar hotel situated beside a highway. 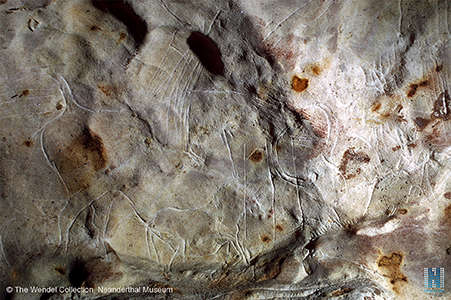 Engravings of a Bison and two Horses, one complete and one showing just the head and neck. 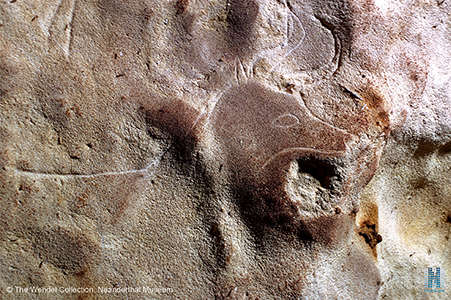 Engraving of the head of a deer. 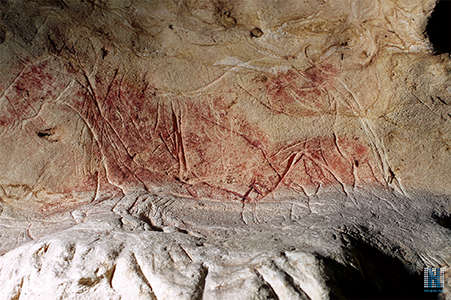 A very well executed engraving of a horse, infilled with red ochre. The artist has continued the legs of the horse on the horizontal part of the wall. 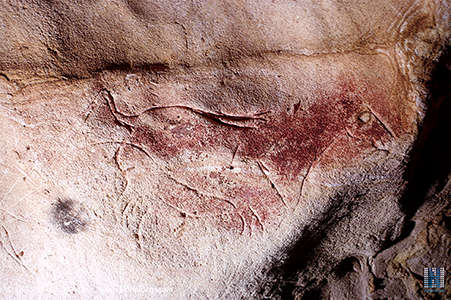 A superb galloping horse. This horse has also been coloured with red ochre. The eye has been clearly shown, larger than life, but that may be a natural feature that the artist has taken advantage of to bring life to the depiction. 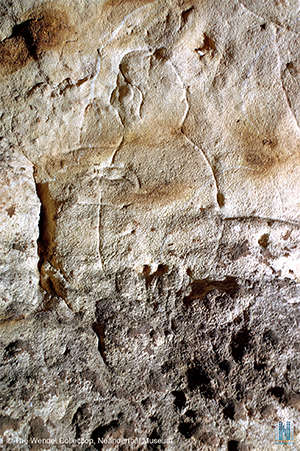 Engraving of a human figure.

This is one of the few examples of a clothed human in palaeolithic art. The figure has a parka type covering, and the artist has made good use of the bumps and natural features on the wall. 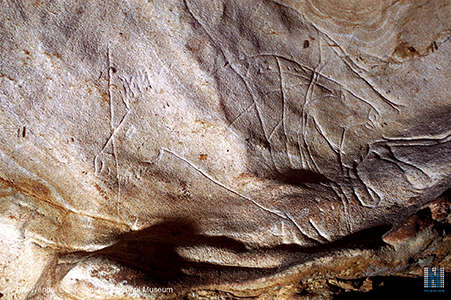 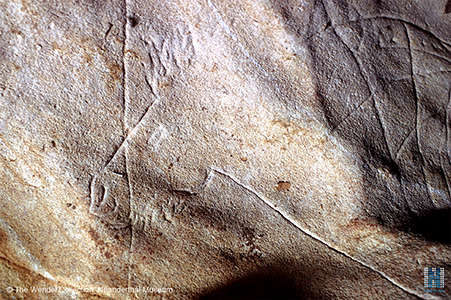 Engraving of a Horse and Ibex.

These figures are remarkable for the attention to detail of the muzzles, and the realistic depiction of the eyes. 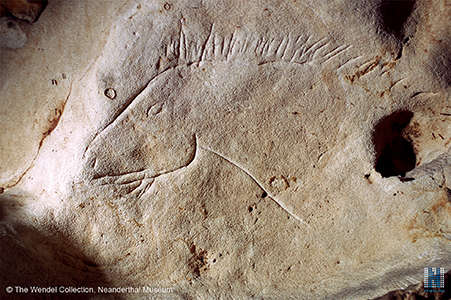 This engraving comes close to being a bas relief, especially at the forehead and jaw.

With just a few lines, the artist has brought the horse to life. 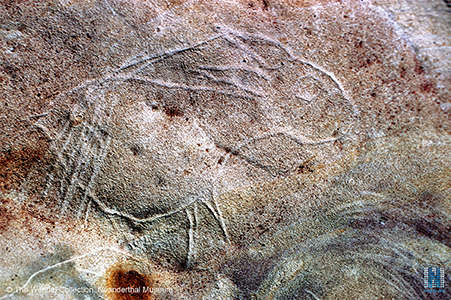 Engraving of a hare. 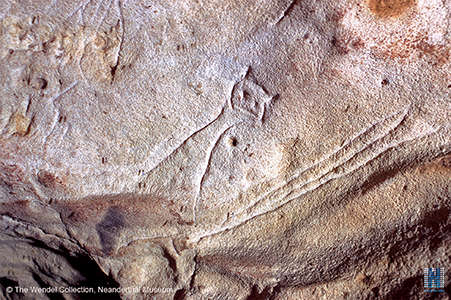 Engraving of a small carnivore, possibly a weasel or ermine, which would have been common in the area at the time.

Note the apparent repeated pattern or sign of two black elongated dots all over the surface - they are winged insects, and their shadow!

They may be seen on other images from this cave, and presumably are attracted by the lights used for modelling the engravings for the photographs. 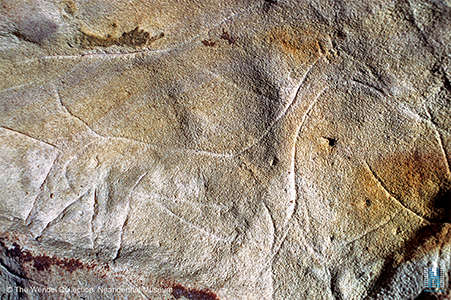 This whimsical creature looks more like a long necked dog than anything else.

Back to Sites Index Page