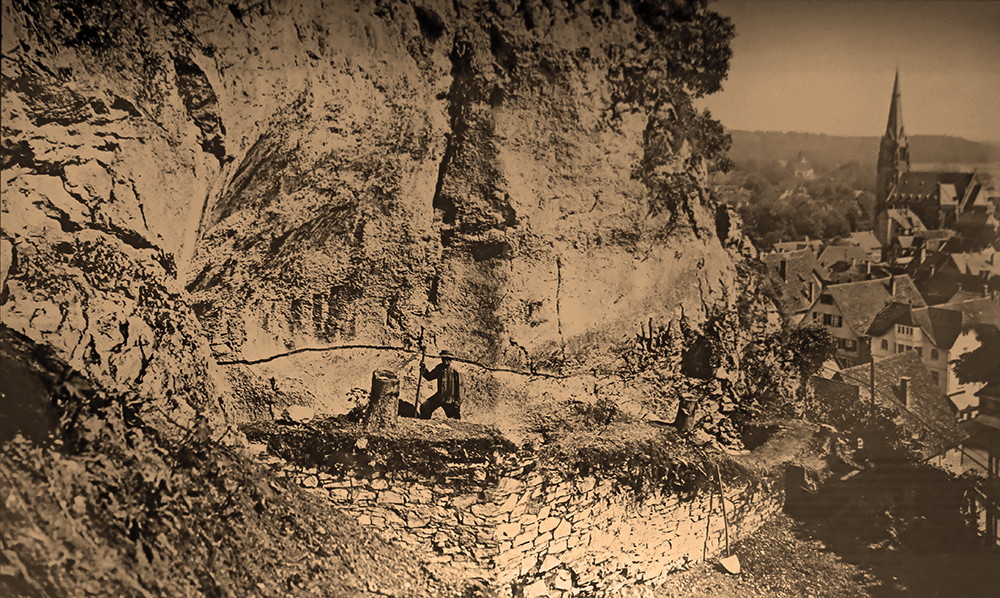 Heidenschmiede under the Schloss Hellenstein, view of the excavations in 1930. 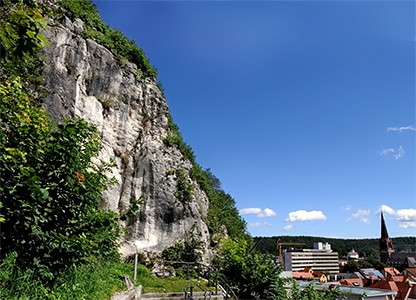 During the excavation of the rock shelter, numerous remains of the animals the Neanderthals hunted were found.

Mammoth, wooly rhinoceros, horse, reindeer, wolf, fox, hare and marmot were found. In addition, there were also the Bean Goose ( Anser fabalis ), Herring Gull, Mallard, Ruff, Willow Ptarmigan , Jackdaw and owl. The cold animal species among them show that this was a tundra landscape, with subarctic forest in protected areas close by. 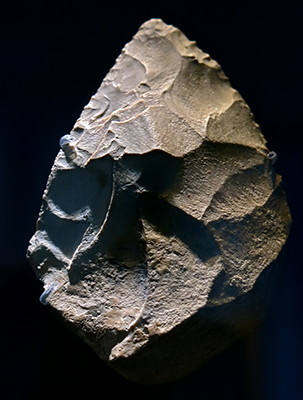 Along the southwestern bulwark of the castle in Heidenheim, the rock face 35 metres above the valley floor forms a small overhang just large enough to create an 8 square metre abri, or rock shelter. Together with the open space in front of it, the cave has a usable area of some 30 square metres.

In spite of its small size, this so-called Heidenschmiede, or heathen's forge, rock shelter was a place our ancestors went to time and again. This may have been because of the splendid view across the wide, open valley of the Brenz River, which provided an excellent hunting ground.

Heidenheim is about 100 km to the east of Stuttgart. 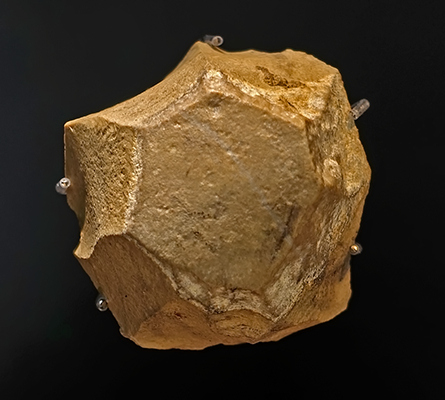 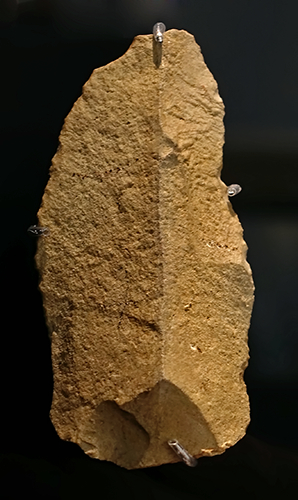 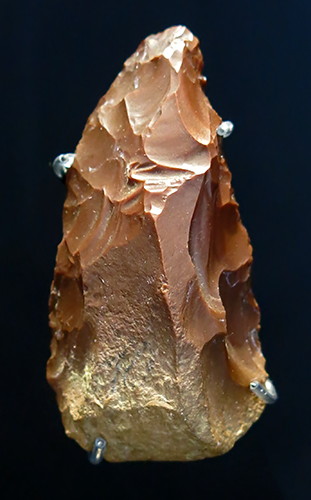 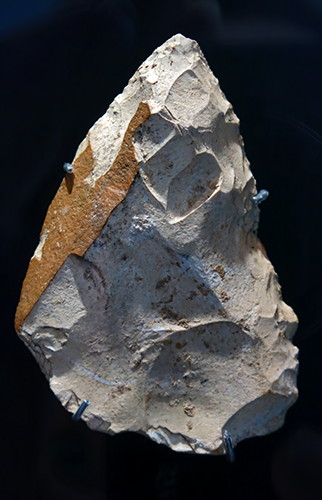 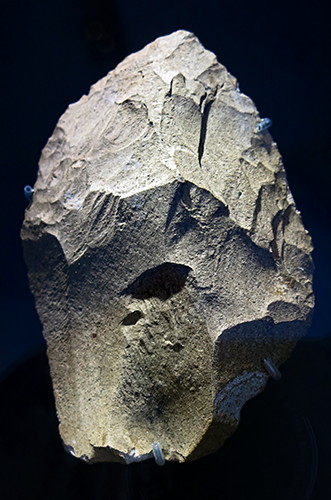 Legacies of the Neanderthals

These handaxes and flake tools are made to a large extent from chert coming from deposits in the area near Stuttgart. 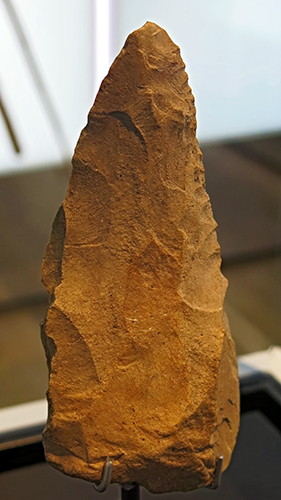 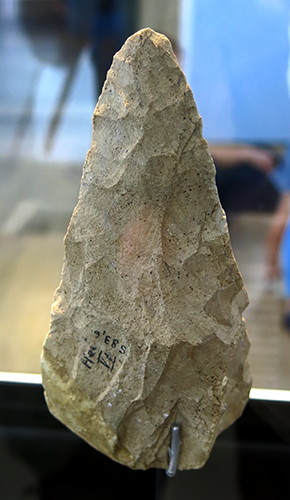 Neanderthals were master stone knappers. They possessed a sense of aesthetics and an intuition for the right material, as may be seen from their handaxes.

In Heidenschmiede there were numerous stone tools made from fresh water quartzite. This is a material very similar to flint, and outcrops only a few kilometres from the site.