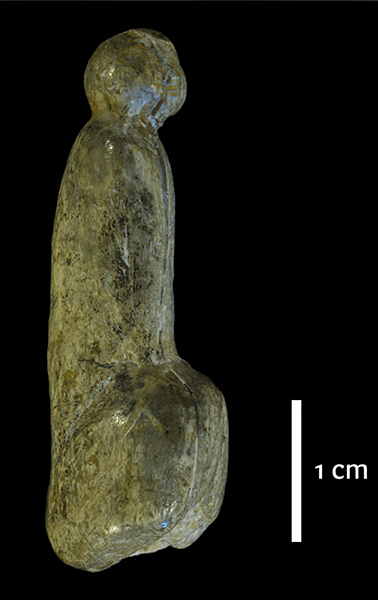 This 38 mm high ivory statuette was discovered by Dupont (1873) in 1867 during excavations conducted in the 19th century in the Trou Magritte/Magrite near Dinant. In 1991 and 1992, a new excavation campaign was launched. It made it possible to date the statuette, which had previously been attributed to the Gravettian period, to the Aurignacian period. 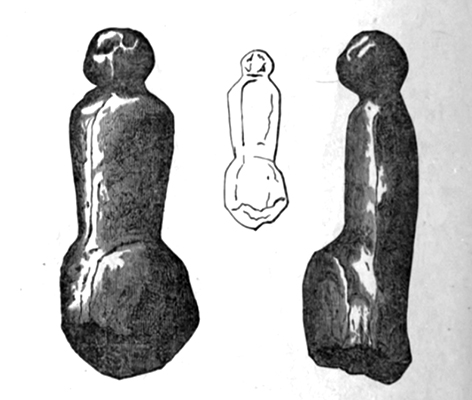 The venus as published by Dupont, with the description:

Carved objects were found in the third ossiferous layer of the Trou Magrite. The first is a rough-out, a first draft, of a 4-centimetre high reindeer antler figurine from the upper layers of the mammoth era.

Dupont goes on to say:

None of the caves excavated in the vicinity of Dinant presented itself more favourably for a human habitation than the Trou Magrite, at Pont-à Lesse. It is a very dry, vast, wide-open, well-lit, well oriented cave. 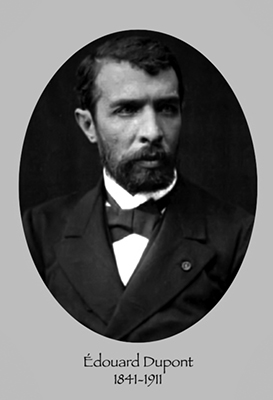 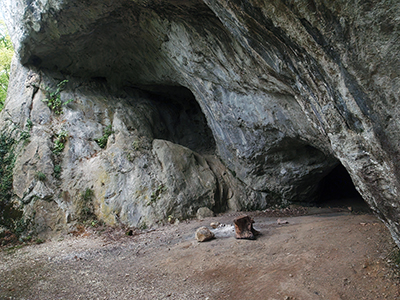 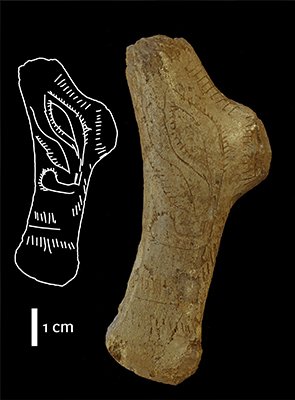 Another important find was this engraved reindeer antler baton. 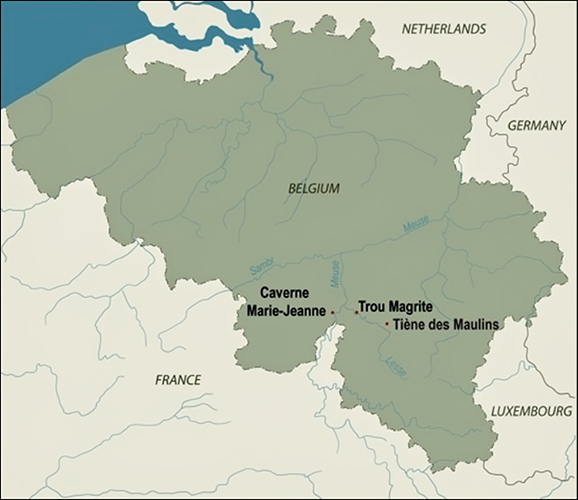 Localities of some important sites in the Meuse Valley of Belgium. 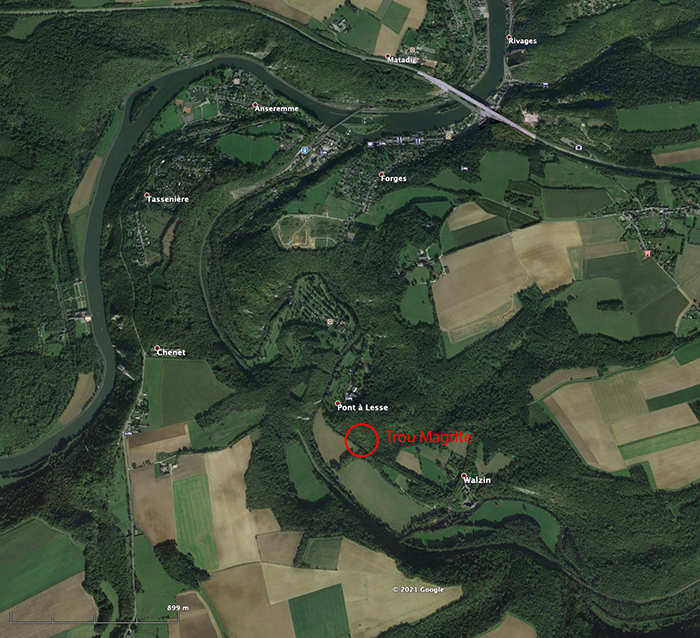 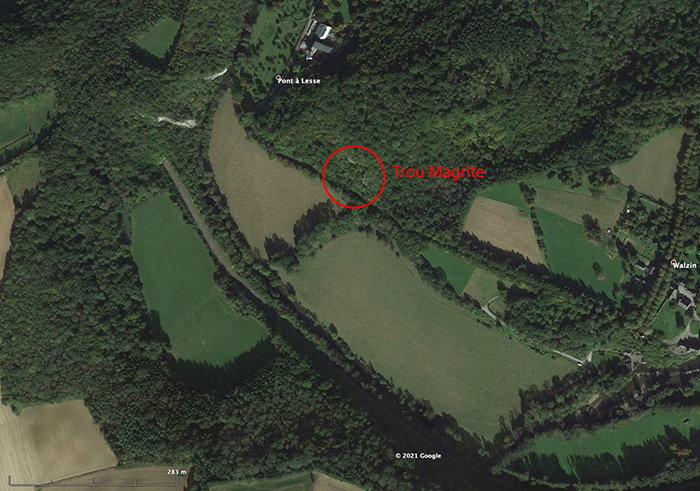 Click on any image to get the full size image. 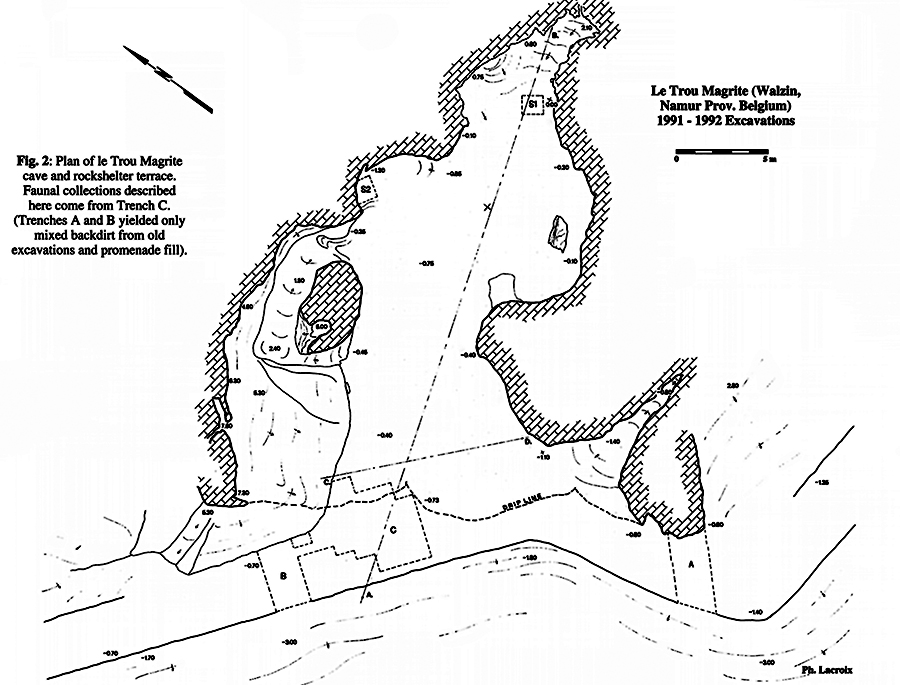 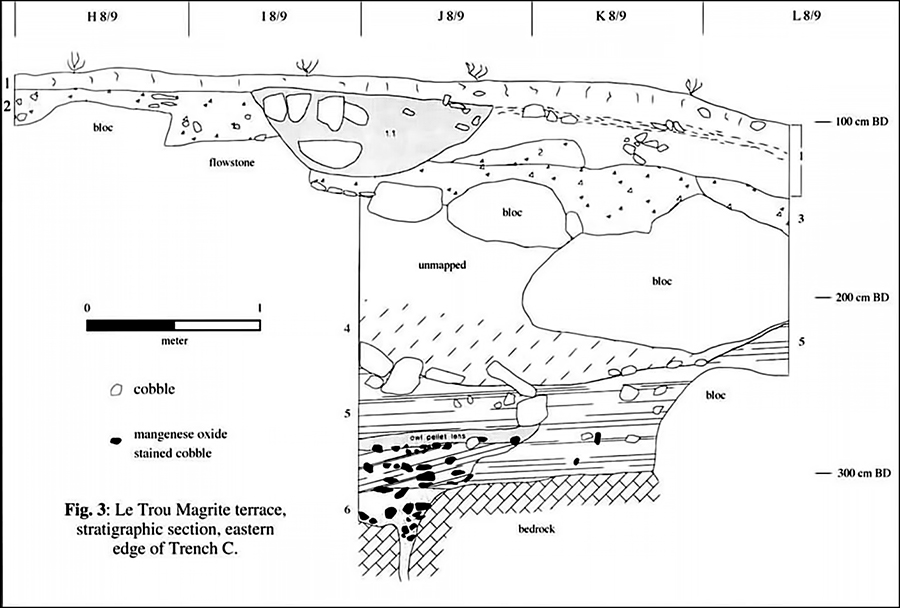 Minimum Number of Individuals from the excavations of Dupont at the Trou Magrite.

From left to right: 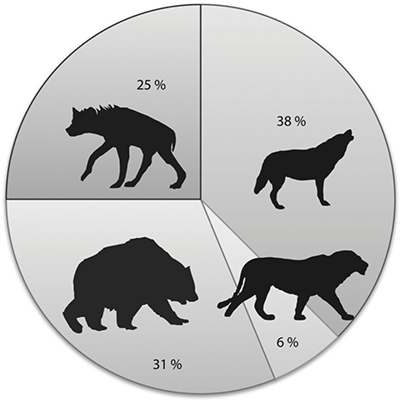 Representation of each species within the spectrum of large carnivores identified at Trou Magrite.

The Trou Magrite is a beautiful cave in the valley of the Lower Lesse, situated in such a picturesque site in the 19th century that its owner at the time, M. de Villers-Masbourg, decided to turn it into a 'pleasure cave'.

To do this, it had to be enlarged and around 1840 about one metre of Quaternary soil was removed from the entire surface. Dupont was the first to undertake prehistoric research in 1864-1865. He carried out a complete excavation down to bedrock in 1867.

Numerous researchers continued to frequent the site and carry out excavations, such as Rahir in 1908 (Rahir, 1928: XIII) and probably Rutot in 1913-1914 (according to Angelroth, 1939: 149), but without publishing the results of their research. Amateurs regularly came to stir up the rubble to collect collection material; finally, in 1976, M. Toussaint carried out a final check on the terrace and a verification of the veneer of the walls. Only the information provided by Dupont is likely to shed light on the stratigraphy of the palaeolithic layers he encountered.