Back to Neanderthal Sites 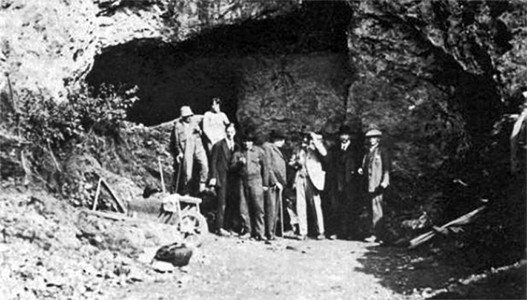 Neanderthal remains were found here in 1886. 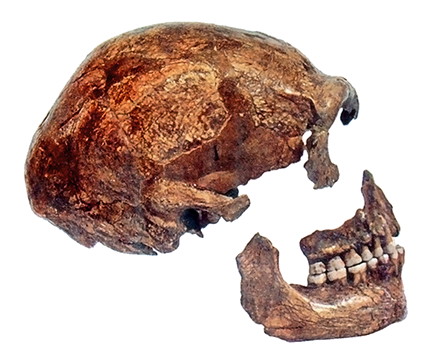 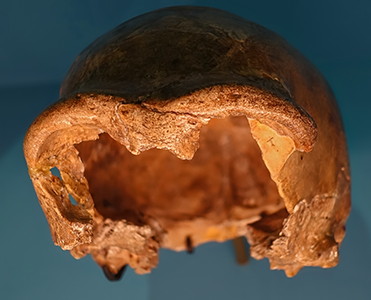 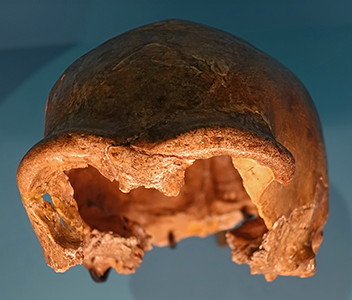 Skullcap of Spy 1, thought to be of a female. 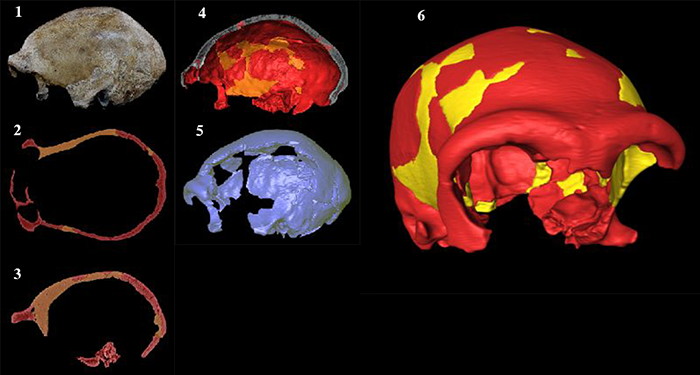 Reconstruction of the Spy I skull.

Sculpture of Spy 2, a young male, the skeleton of which was found in 1886. 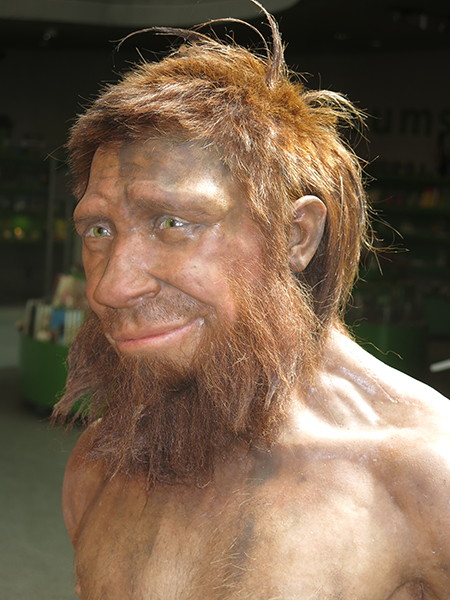 Close up of the Spy 2 reconstruction. It is a superb piece of sculpture, giving character to the piece. 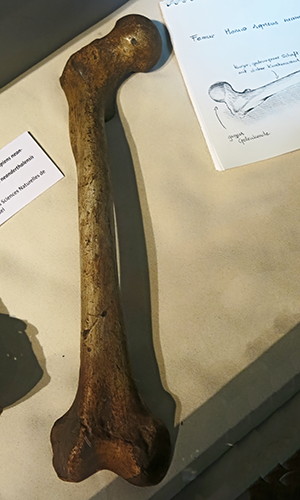 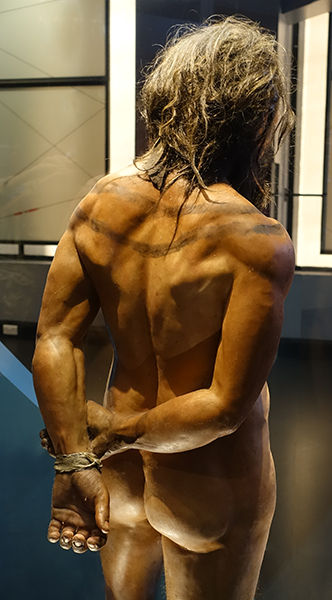 This reconstruction is also based on the 40 000 BP remains found at Spy in Belgium, known as Spy2. He is naked to show his physique. However in the cold climate of the last glaciation, Neanderthals would have had to wear animal skins to survive. 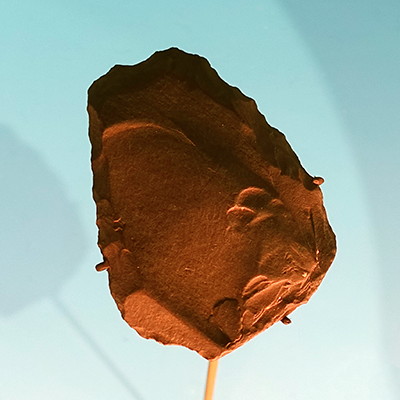 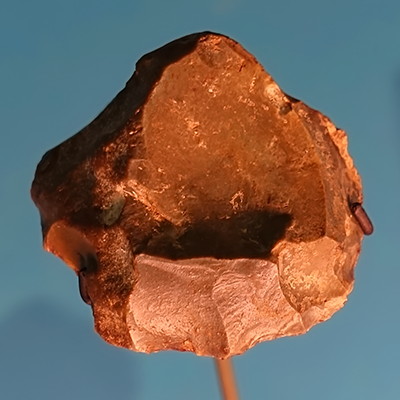 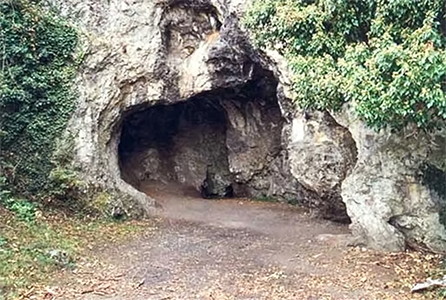 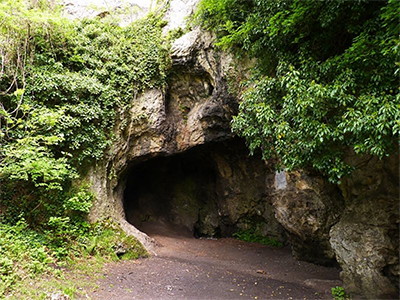 Grotto de Spy or Spy Cave is located 15 km north-east from the town of Spy in Belgium. 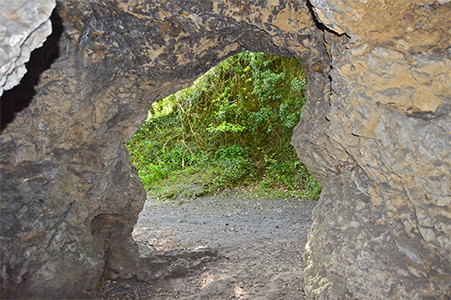 This view to the outside is one that must have been very familiar to the original inhabitants - although the vegetation outside would not have been as lush at that time!

The hominid skeletons discovered during the first excavations have been named Spy I, a female, and Spy 2, a young male. These were dated to around 36 000 BP , although a Bayesian analysis in 2014 concluded that they were probably more than 40,000 years old. The identification of the remains of a Neanderthal child, Spy VI, was published in 2010. The identification was made from an analysis of the mandibular remains and the child is thought to have died at about 18 months, making the Spy Neandertal remains the youngest ever directly dated in northwest Europe.

A paper in Anthropologica et Præhistorica states that the original excavators at Spy did not believe that the remains were deliberately buried in graves but that this hypothesis is now widely accepted. 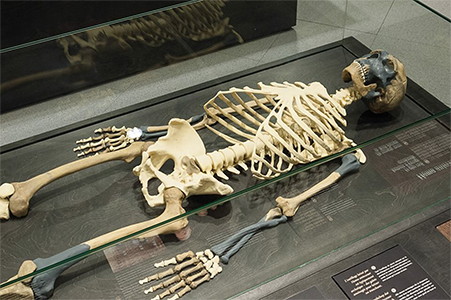 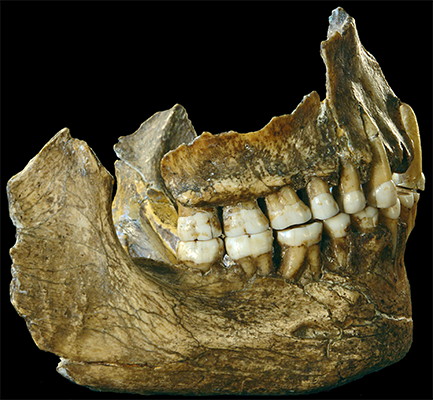 The reconstructed jaw of the Spy 2 Neanderthal.