Saint Acheul and the Acheulian


The story of the period to become known as the Acheulian, after the eponymous site of Saint Acheul, began with the excavations of Boucher de Perthes in the nearby area of Abbeville.

These sites are in the lower Somme valley, and were ideal for the study of the period, since there is a separation between the Old Stone Age of the Acheulian, and the later deposits of the Neolithic in peat bogs which covered much of its surface.

The Pleistocene deposits containing the distinctive large hand axes of the period were in terraces which resulted from alternating cycles of stream deposition and down-cutting allied to changes in climate and sea level that accompanied the alternating glacial and interglacial stages of Pleistocene times. These deposits attracted early researchers, who found not just the hand axes, but also the bones of what were identified as elephants and rhinoceroses.

In 1842 Boucher de Perthes began examining the quarries excavated into stream terraces around Abbeville, gradually building up a collection of hand axes that supposedly had been recovered from the strata that also produced fossil elephants and rhinoceroses. He had found the proof of human antiquity. In the process he had developed the rudiments of a stratigraphically-based science of terrace research, which he very aptly termed ‘geo-archaeology’. By 1847 he had completed the first edition of his Les Antiquités Celtiques et Antédiluviennes (Celtic and Antediluvial Antiquities). The book was poorly written and was badly received.

The collection of Boucher de Perthes was eventually placed in the Musée d'Archeologie Nationale et Domaine, St-Germain-en-Laye after it was discreetly purged of the many fakes which his workmen sold him.

Text above adapted from http://www.archaeologybulletin.org/rt/printerFriendly/bha.242/591 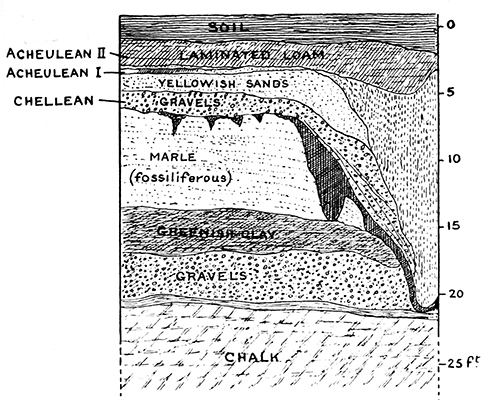 Section of the 30 metre terrace at Abbeville. 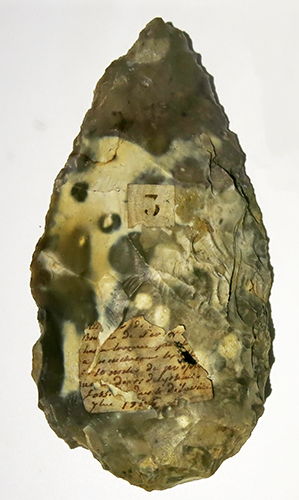 A few years after Boucher de Perthes had made his discoveries, gravel quarries in the suburb of Saint-Acheul in Amiens in turn delivered a large number of flints characterised by the presence of bifaces, flint tools fashioned on both sides. The site of St. Acheul became a reference site of international renown. In 1872, the prehistorian Gabriel Mortillet used the term Acheulean to describe the flint industry of these deposits.

Victor Commont (1866-1918), Amiens prehistorian and director of the Ecole Normale d'Amiens, is responsible for the bulk of the early scientific study of the deposit of St. Acheul. The collected primitive industry reflects the earliest occupations of the man in the valley of the Somme, from 450 000 years ago. 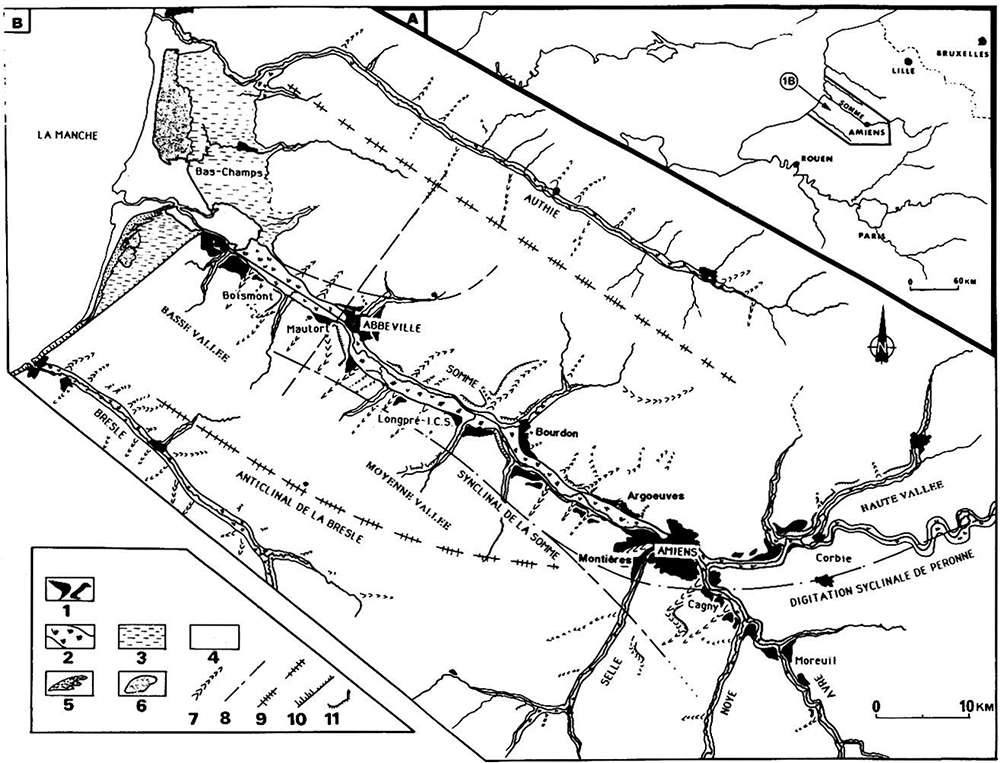 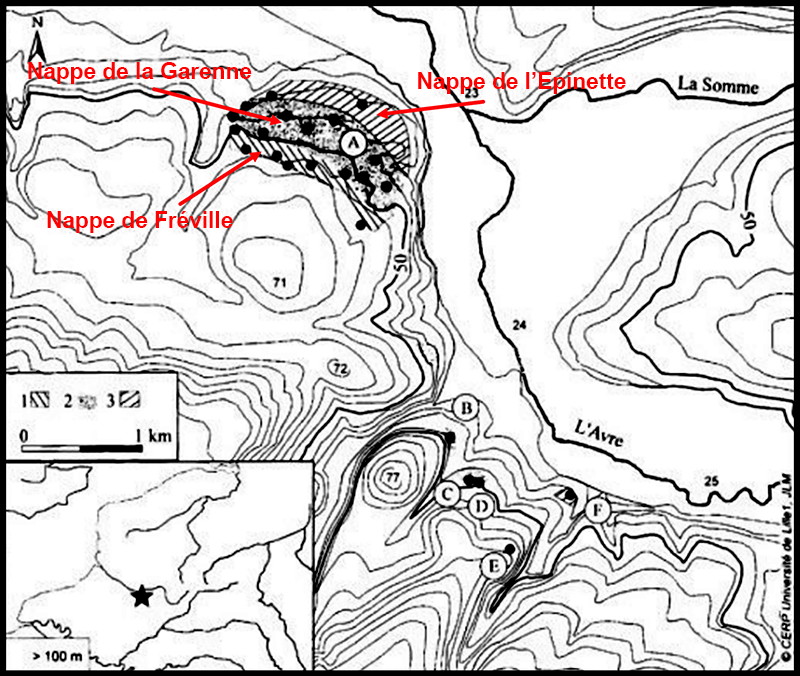 Principal Acheulean sites in the area of Amiens (Saint-Acheul, Cagny)

The distance between the contours is 5 metres. 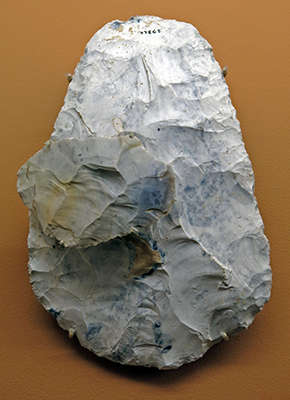 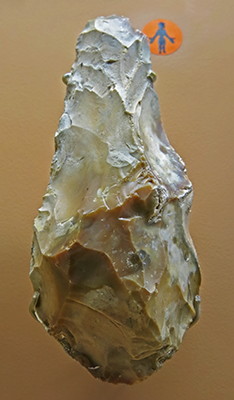 (Biface-support means that it is or was of the biface format, but it has been greatly altered from its original form. Some bifaces were used as convenient cores for tools as necessary, or were modified to perform other uses such as scrapers, especially after they were damaged. Larger bifaces were more likely to be recycled in this manner - Don ) 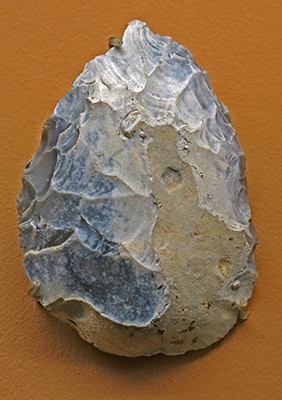 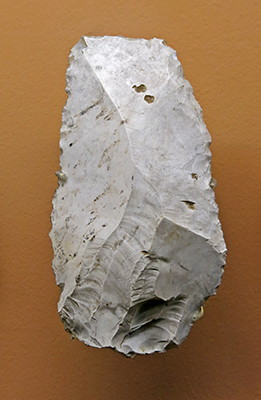 (left) Biface on a flake from Saint-Acheul. 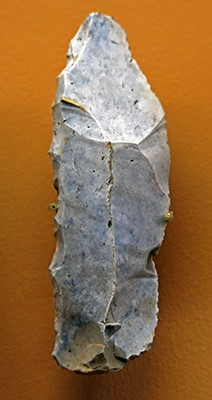 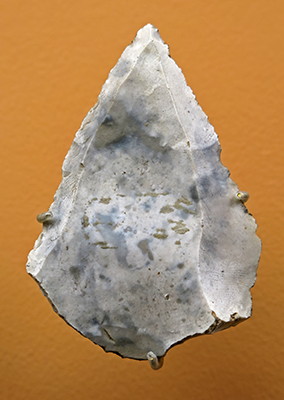 (left) Backed knife on a Levallois flake from Saint-Acheul. 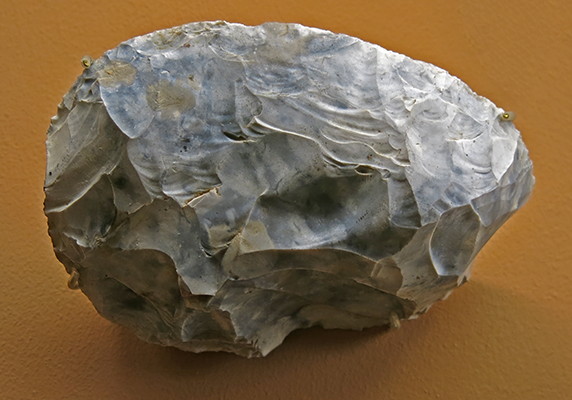 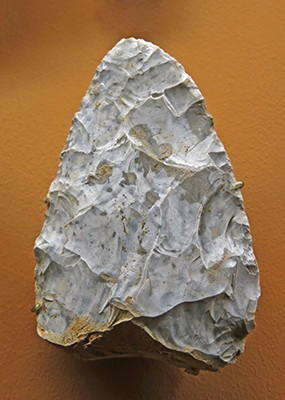 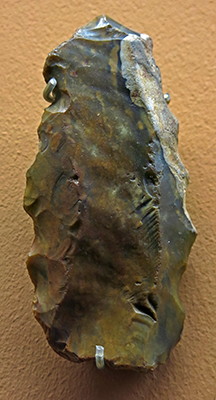 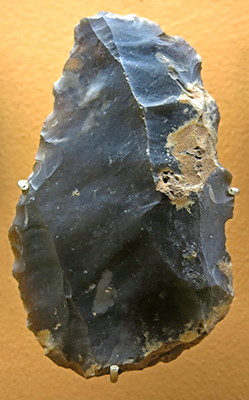 ( A denticulate is a stone tool, especially in the Acheulian, made from a flake whose edges were worked so as to be toothed like a saw. This tool was used to cut meat and wood. - Don ) 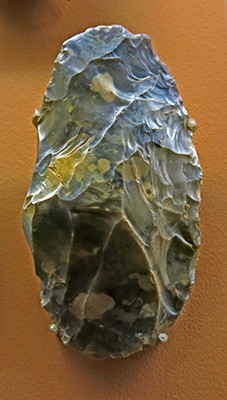 (left) Racloir convergent from Nappe de la Garenne. ( Racloirs convergents are often described as isosceles triangles, with two scraper edges converging to a point. They are sometimes difficult to distinguish from a Mousterian point - Don )

(right) Biface-support, a piece with the general form of a biface handaxe, but extensively changed, either to fulfil another purpose, or as a source of flakes from a good flint nucleus when the original biface has been damaged. From Nappe de la Garenne. 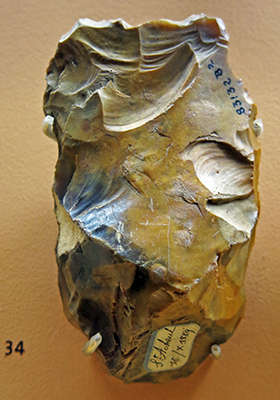 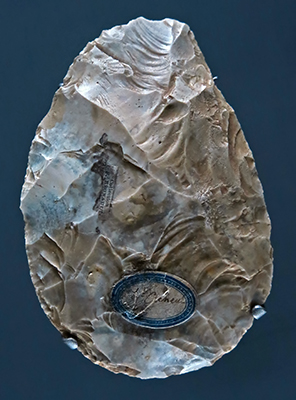 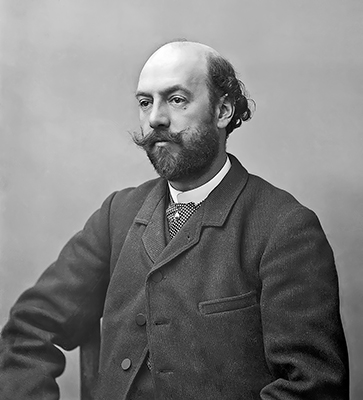 Félix Regnault (1863 – 1938) was a French physician, anthropologist and prehistorian. He served as president of the Société d'Anthropologie de Paris and the Société préhistorique française. 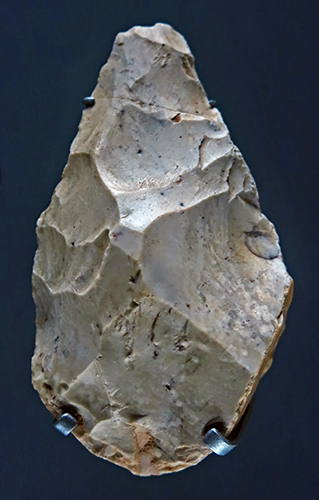 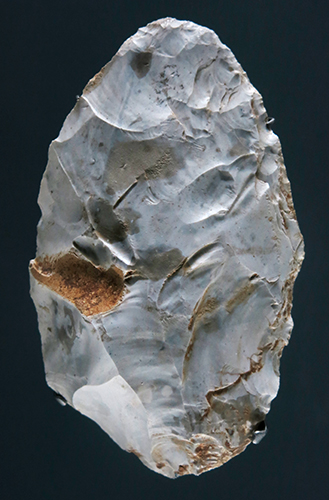 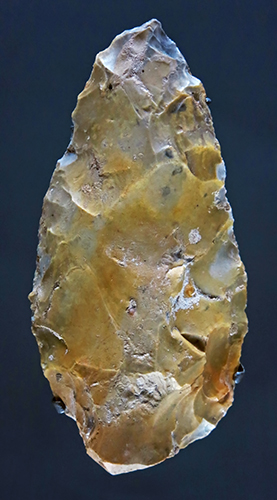