Back to Australian sites

The rock art near Laura Bridge consists of engravings in the sandstone. Subjects include animal tracks, yams, and humanoid figures.

Engraving at Laura River bed, near the Bridge, an Aboriginal Rock Art site in Northern Queensland

The excellent photographs of Laura River bed Aboriginal Rock Art site on this page are from Leo Dubal, www.archaeometry.org 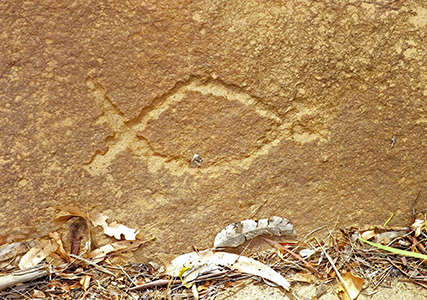 Fish shaped engraving on a near vertical surface. 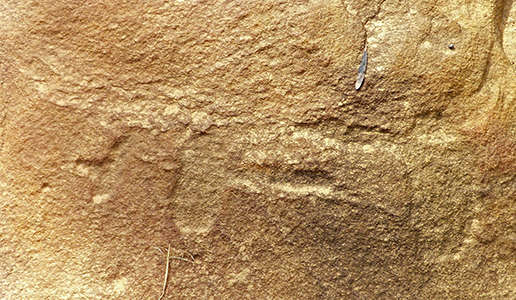 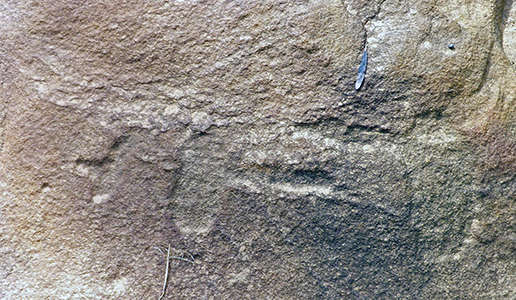 This engraving on a horizontal surface is difficult to interpret, but may be an outline of two axes with handles. False colour image on the right for better contrast. 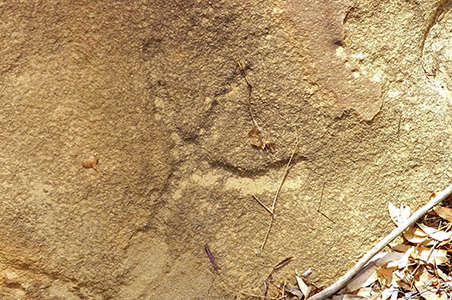 This engraving on a horizontal surface appears to be a bird's foot, possibly an emu. 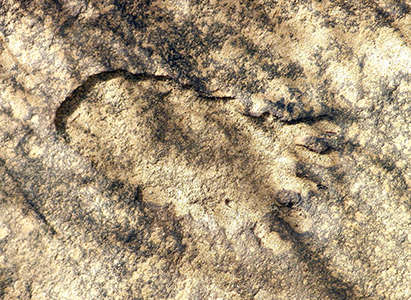 This engraving of either a human foot or a fish or a yam is of the 'cookie cutter' type, which occurs when the rock patina is cut through in an engraving, exposing a softer stone beneath, which preferentially weathers. 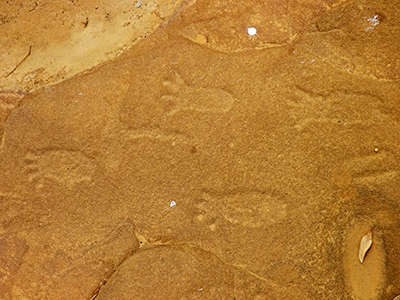 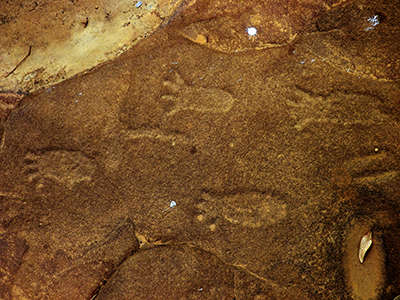 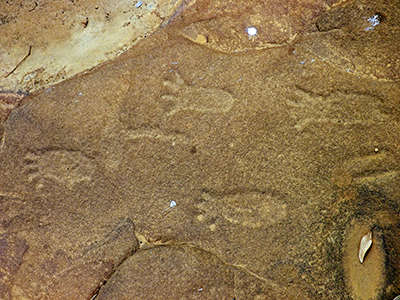 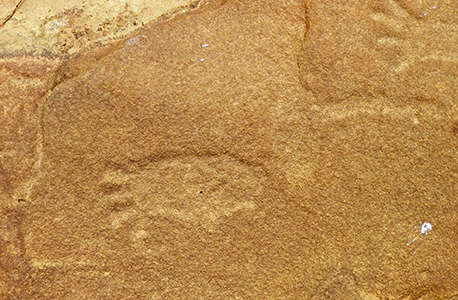 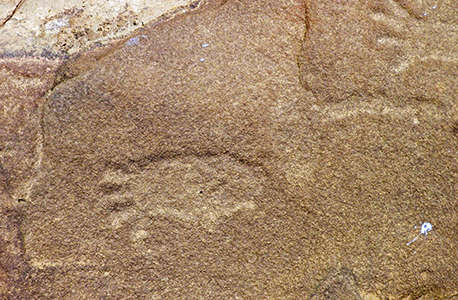 Yam engravings, close up of the image above, the photo on the right in false colour to create better contrast. 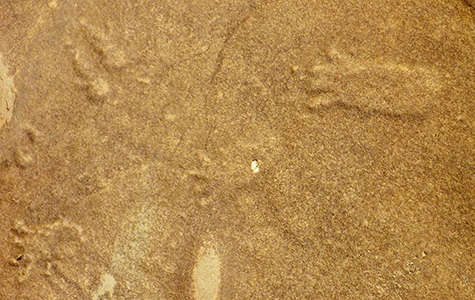 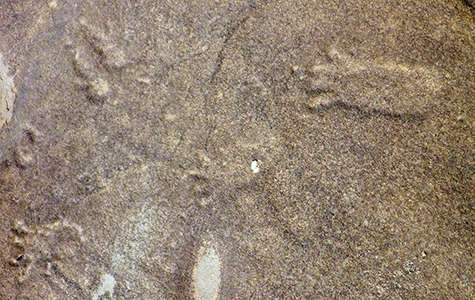 Yam engravings, the photo on the right in false colour to create better contrast, probably a continuation of the engravings above.

Note the kangaroo prints at top left of the image. 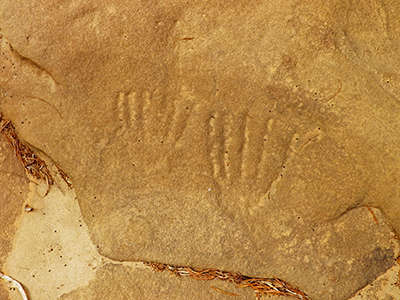 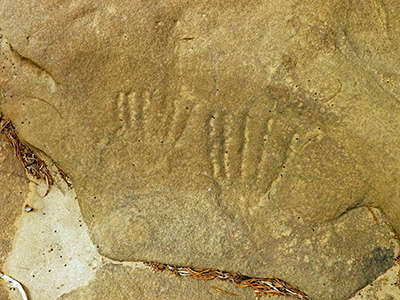 Yam engravings (or possibly heads with rays), the photo on the right in false colour to create better contrast. 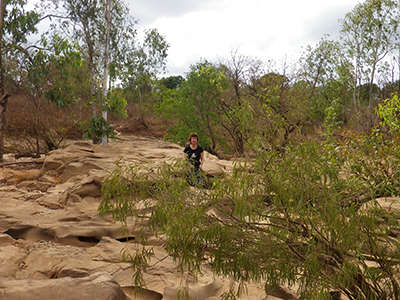 This is the large area of stone in which the engravings occur. 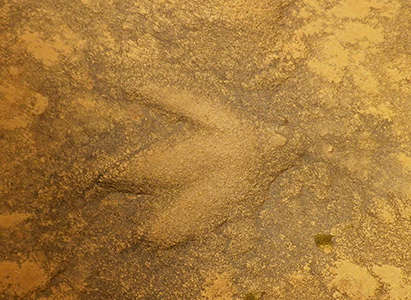 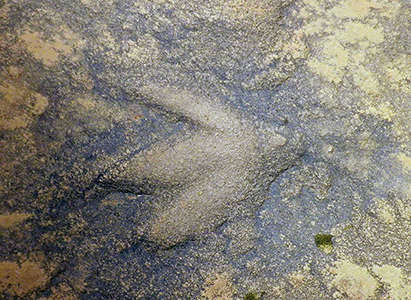 Engraving of an emu track, the photo on the right in false colour to create better contrast. 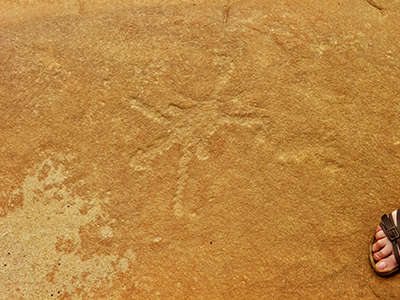 Engraving of what may be a human, or quinkan, female, head down as shown in the image, with a very long neck. 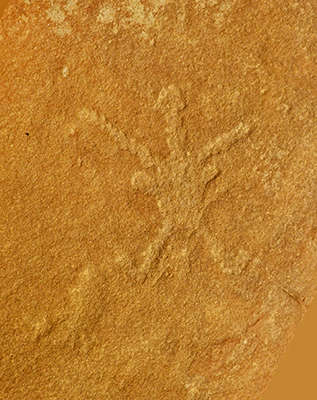 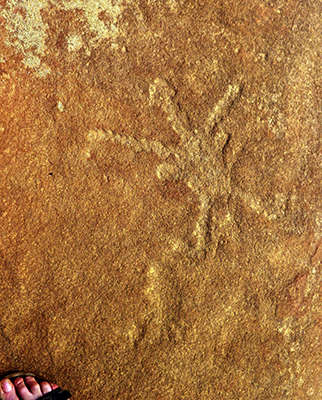 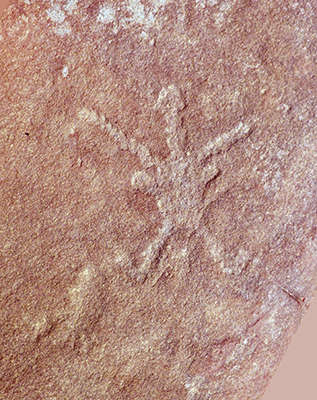 This is the above engraving rotated so that the figure may be more easily examined and interpreted.

In this view, and in the false colour views centre and right, we can see that it is female, and is almost certainly a quinkan figure with a very long neck.

In addition, to the bottom left in this view, is what may be an engraving of a yam. 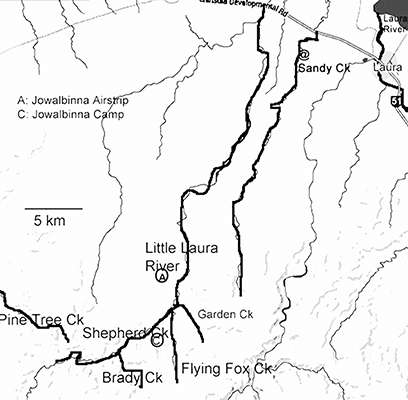 Map of some of the sites mentioned. 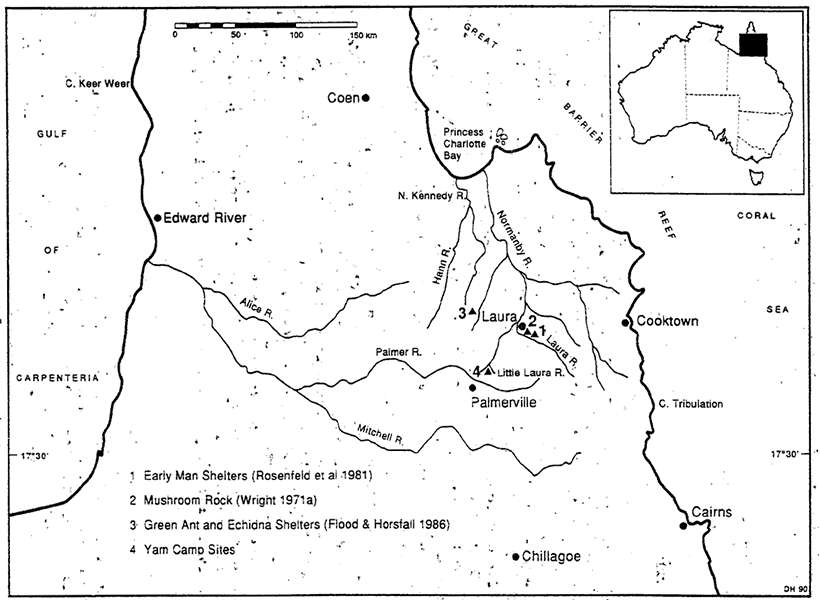 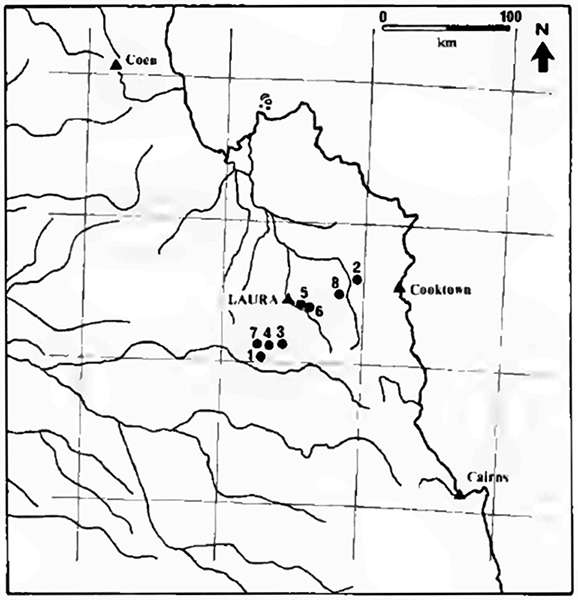 The Laura sandstone belt, showing the location of some rock art sites.