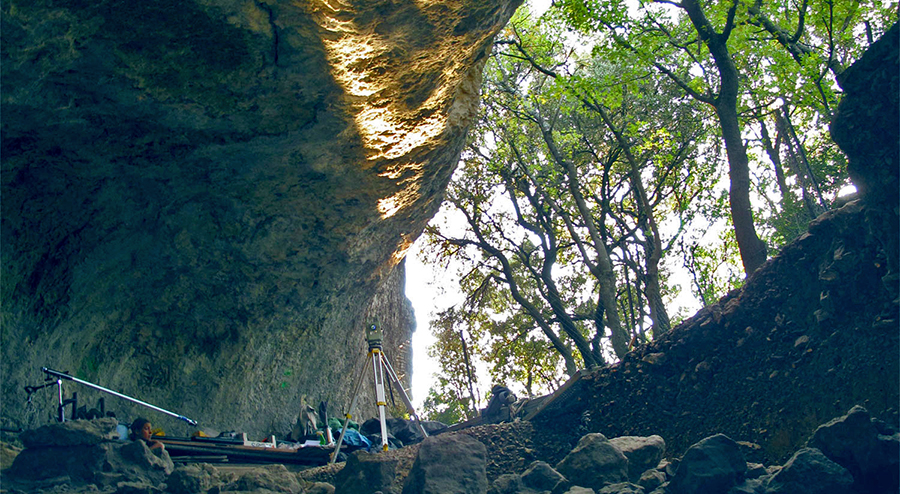 A study published 9th February in Science Advances1 argues that distinctive stone tools and a lone child’s tooth were left by Homo sapiens during a short stay, some 54 000 years ago — and not by Neanderthals, who lived in the rock shelter for thousands of years before and after that time.

The Homo sapiens occupation, which researchers estimate lasted for just a few decades, pre-dates the previous earliest known evidence of the species in Europe by around 10 000 years.

But some researchers are not so sure that the stone tools or tooth were left by Homo sapiens. “I find the evidence less than convincing,” says William Banks, a palaeolithic archaeologist at the French national research agency CNRS and the University of Bordeaux.

A team co-led by Ludovic Slimak, a cultural anthropologist at CNRS and the University of Toulouse-Jean Jaurès, has spent the past three decades excavating the Grotte Mandrin rock shelter in the Rhône Valley. The researchers have uncovered tens of thousands of stone tools and animal bones, as well as 9 hominin teeth, all dating from around 70 000 to 40 000 years ago.

Most of the stone tools resemble artefacts categorised as 'Mousterian technology' that are found at Neanderthal sites across Eurasia, says Slimak. But one of the shelter’s archaeological levels — known as layer E and dated to between 56 800 and 51 700 years ago — contains tools such as sharpened points and small blades that are more typical of early Homo sapiens technology. Slimak says the layer E stone tools resemble those found at much younger sites in southern France, left by makers unknown, as well as those from similarly aged sites in the Middle East that are linked to Homo sapiens.

Text above adapted from: Callaway (2022) 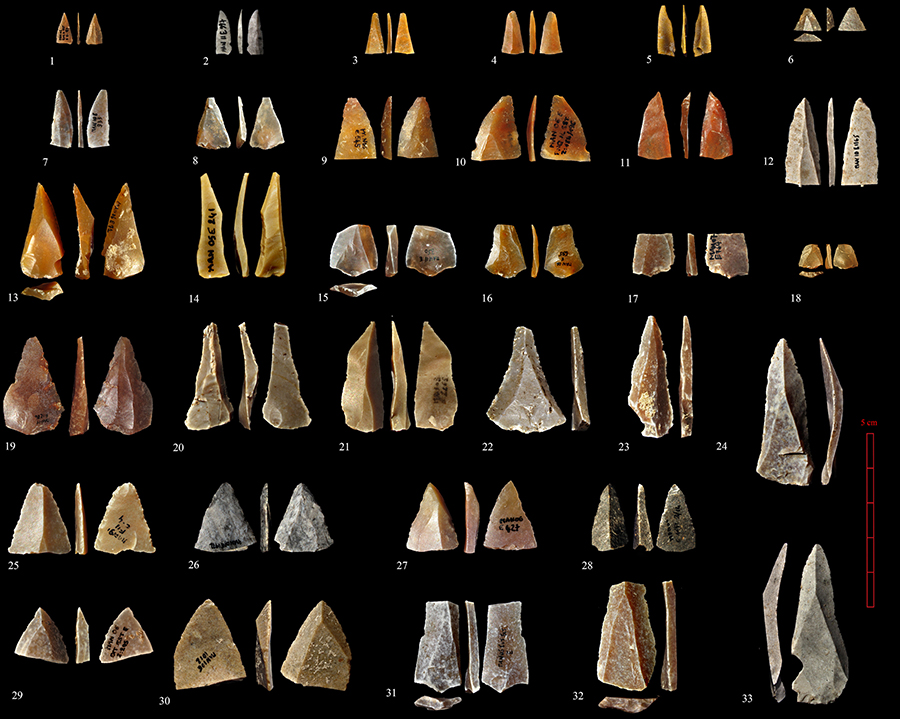 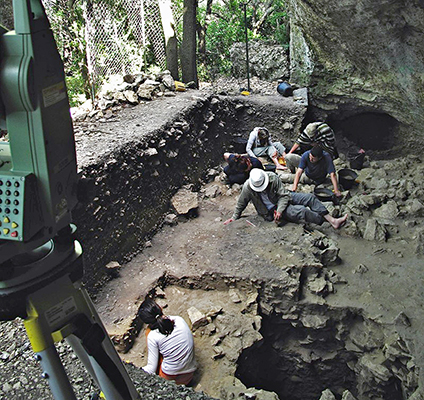 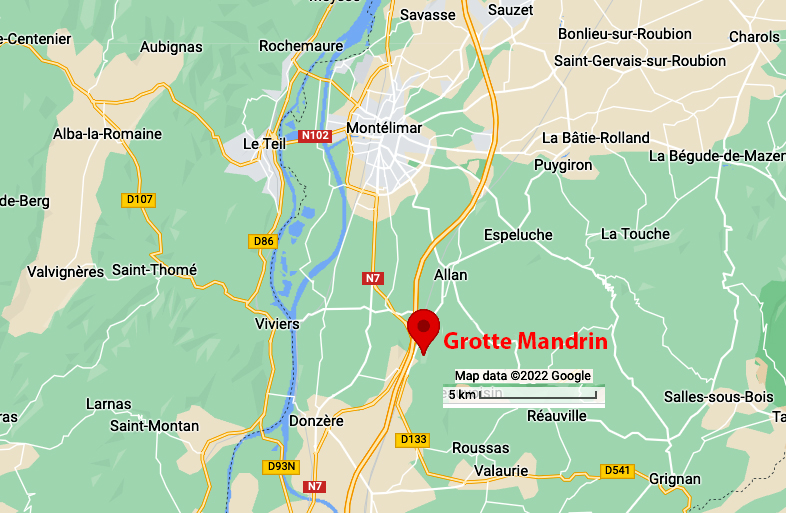 Grotte Mandrin is about 5 km to the east of the Rhône River, and about ten km south of the town of Montélimar.